Sorry for the delay in updating the blog. As you can imagine, we have been soooo busy with the twins at home and Aiden still in the hospital. The boys are getting SO big.

At the top of the page you may have noticed our new temporary header – a Christmas version of 3 peas in a pod. Thanks to some very thoughtful friends at work for the adorable ornament!

Aiden is still having difficulty taking his feedings by mouth — he tries very hard, but is often in pain when he tries to swallow. The doctors have done a swallow study and an upper GI xray, but do not see whatever is causing the problem other than the reflux which was already being treated. They have been making a number of changes, trying everything from new reflux medications to switching to various formulas, etc. Earlier this week, they put him on a new reflux medication and changed him from breast milk to a very broken down form of formula used for babies that have difficulty metabolizing the proteins found in milk. One of the big concerns was his limited weight gain (he would gain weight one night and lose it the next), however, in just the past 3 days Aiden has gained a whopping 11 ozs. He now weighs 6 lbs., 9 ozs.! We hope that he will be able to come home soon.

They also performed a neural MRI to follow up on Aiden’s brain bleed (on the left side of his brain). The MRI shows that it is continuing to resolve, which is good news. However, the MRI did show a very small cystic encephalomalacia (fluid-filled area) in the white matter on the right side of his brain. This had not shown up on previous neural ultrasounds, and the doctors say that it is too early to know what impact it will have. Given how small it is, it may affect Aiden’s motor skills as he gets older or it may not have any impact at all — only time will tell.

Ethan and Evan are doing very well and also getting SO big! Ethan is up to 9 lbs., and (we think) Evan must be around 12 lbs. As you will see from the pictures below, they are not so tiny anymore.

We have some new pics and video below but we are working on some special Christmas pics which we will try to post next week. In the meantime, enjoy the ones below. 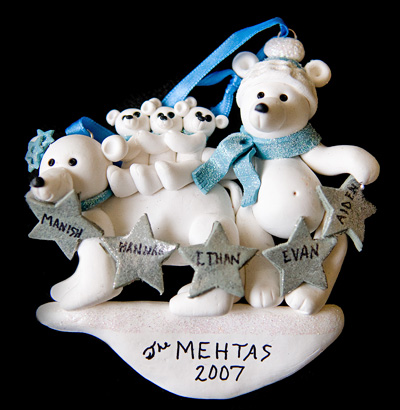 A special ornament from some good friends. This gift was “Just Right.” 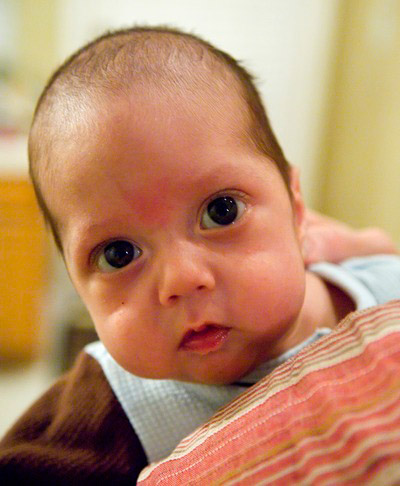 Ethan is very alert and loves to look around 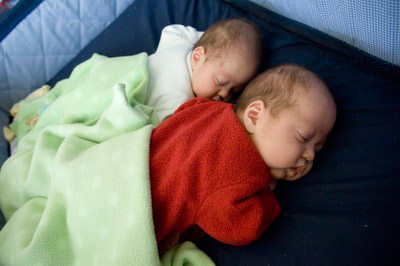 The “twins” sound asleep in their pack’n play 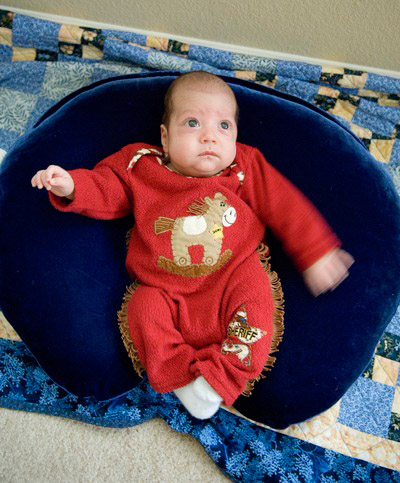 Sheriff Evan is in town 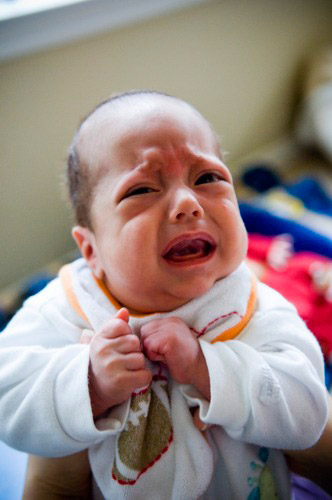 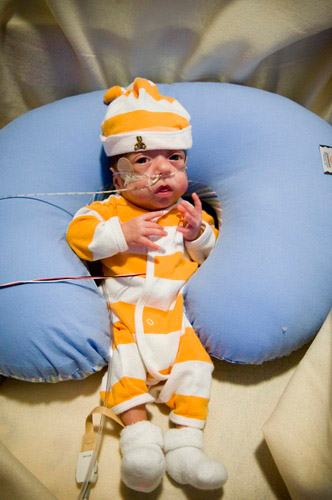 Aiden in his special little outfit 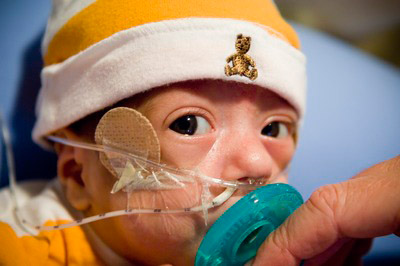 Close up of Aiden (he loves his pacifier) 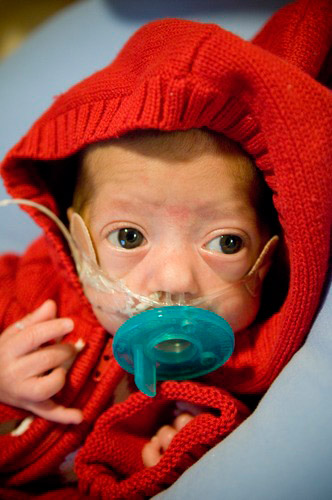 Aiden in his little Christmas outfit 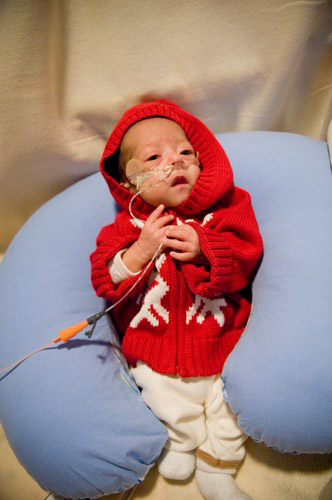 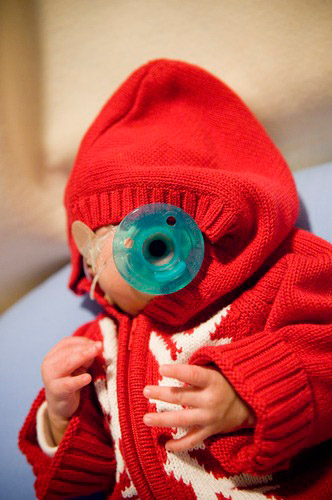 With his best friend in his mouth 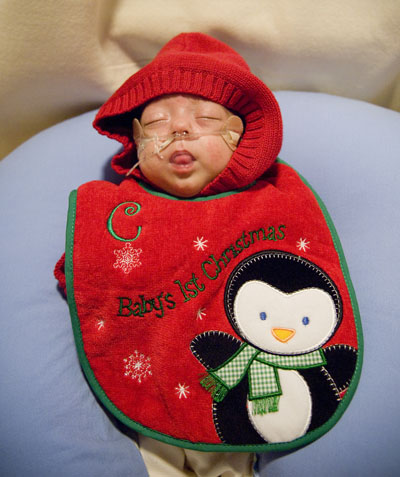 The bib is bigger than him! 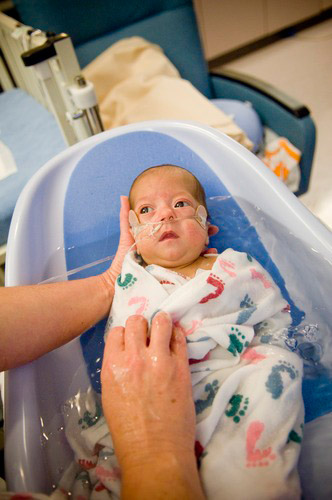 Aiden getting a little bath 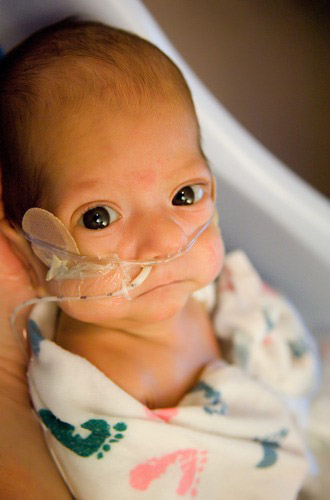 What a cute little face! 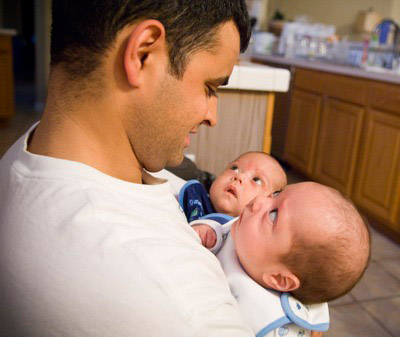 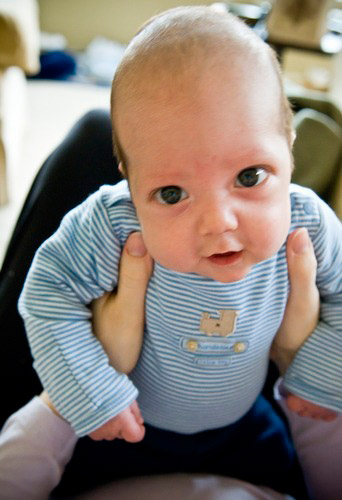 Evan is enjoying himself 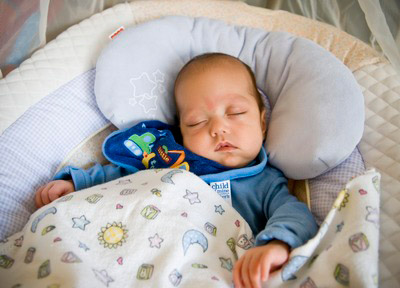 Ethan is done for the night