Summer is off to a rough start! Our air conditioner, garage door, kitchen sink, and refrigerator have either needed repair or replacement. Additionally, both of our cars were hit within 8 days of each other (on both occasions, we were sitting still or parked). Add a leak in the roof, tiles collapsing in the shower, etc., etc., and it makes for one hectic & crazy month!

Aiden had a rough patch that lasted several weeks, starting shortly after returning home. Thanks to allergies that went into his chest and caused respiratory issues, and drainage that caused a ruptured ear drum, Aiden was wheezing and his stats were down, he was requiring continuous O2 and overall was just not feeling good. Thankfully, a couple rounds of good antibiotics and steroids seem to have cleared him up. He has been feeling much better this week, doing better tolerating some exercise and is not requiring nearly as much O2. Not sure what it is about the summer, but he always seems to do better in warm weather. He has started therapy again and is taking bites of yogurt and other baby food purees. His new “favorite food:” bacon! LOL! Of course he has never tasted it and will not put it in his mouth, but he likes to ask for it!

Aiden loves talking to the “Talking Cat” on Manish’s phone. They are very good friends as “Cat” literally will repeat everything Aiden says. Each of them has their favorite apps! You can see Aiden chatting away in the video below and there is also a clip of the boys wrestling with “Oak.”

Summer has most definitely arrived in Texas! It has been 100+ degrees, and the last few days there have been heat advisory warnings throughout Dallas. After freezing in Boston for the past couple of months, we are loving it! Of course, we are taking advantage of it by going swimming as often as possible, and now that Aiden is feeling better, he is so happy to join his brothers in the pool. Consequently, it is sometimes hard to keep up with laundry so the boys occasionally do not have clean swim trunks and Manish has…improvised on swim attire. It makes for some very amusing pics!

Getting ready to race… 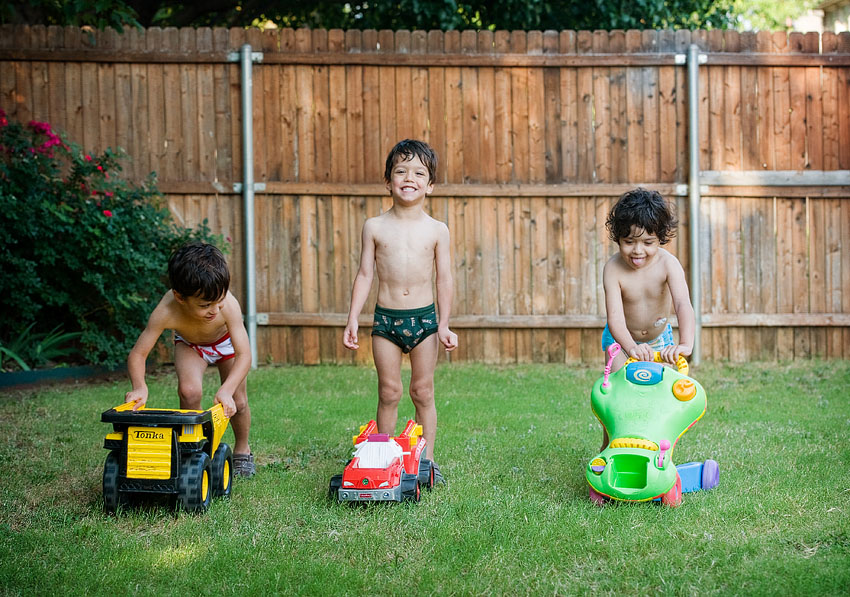 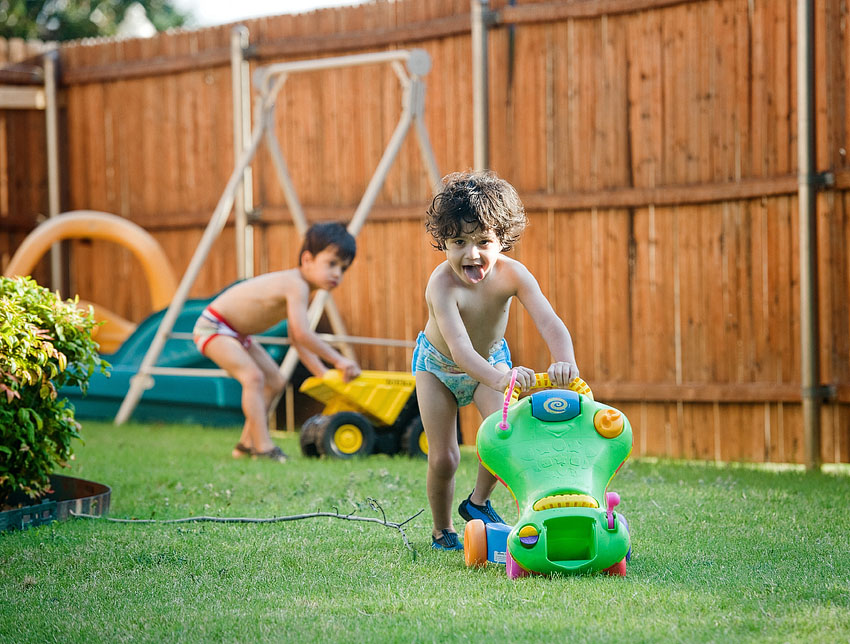 He is all hair and tongue 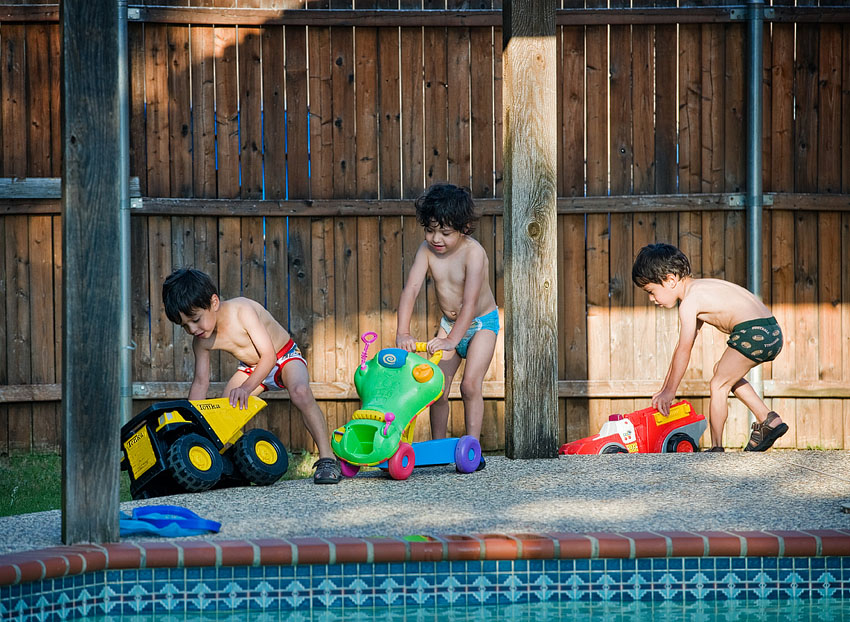 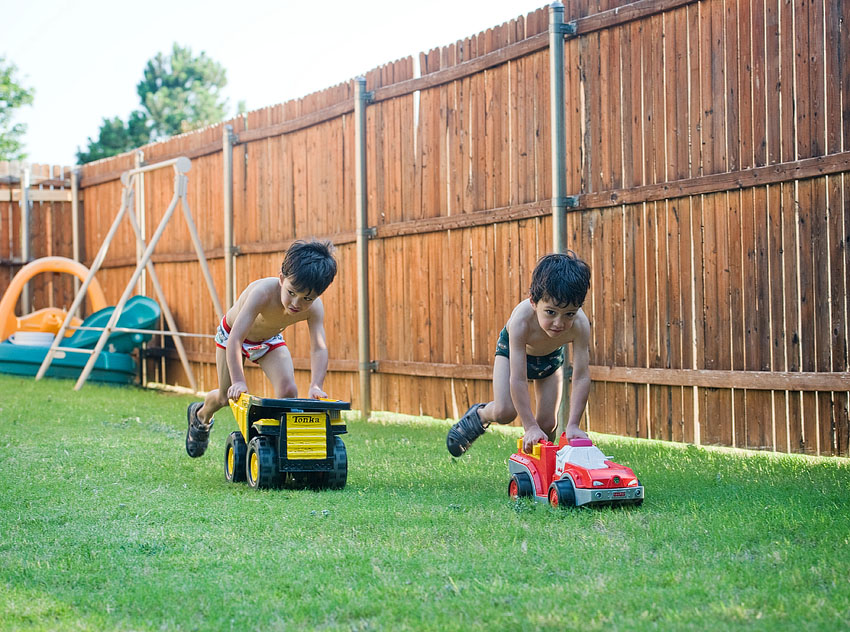 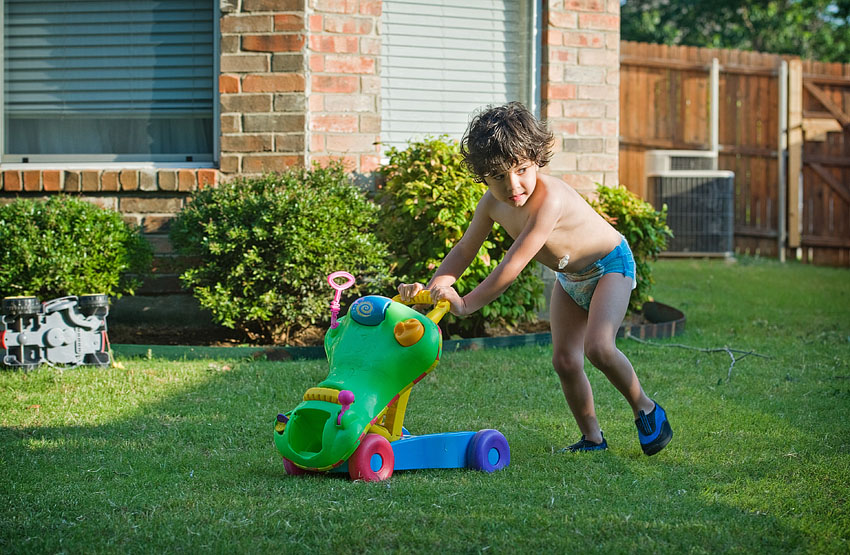 Aiden tries to avoid getting hit from behind 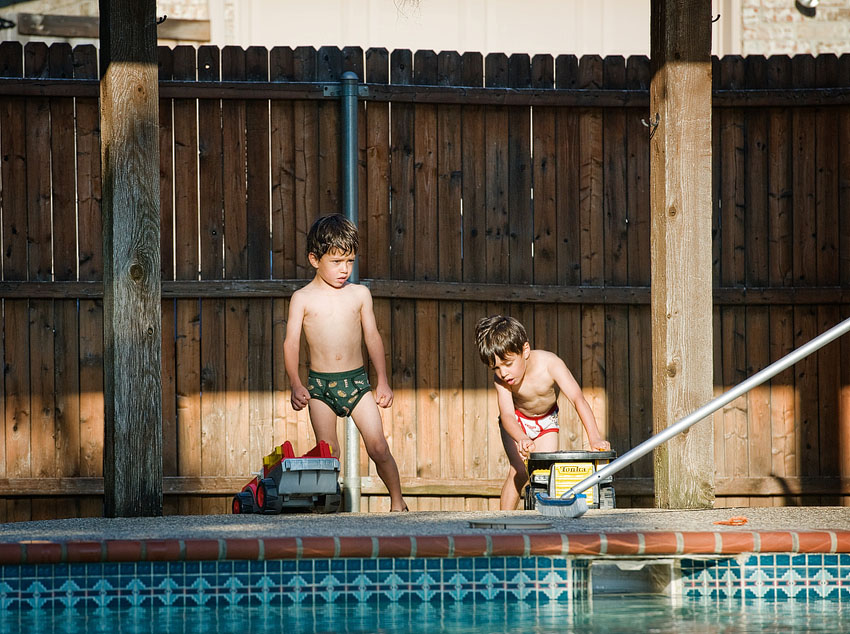 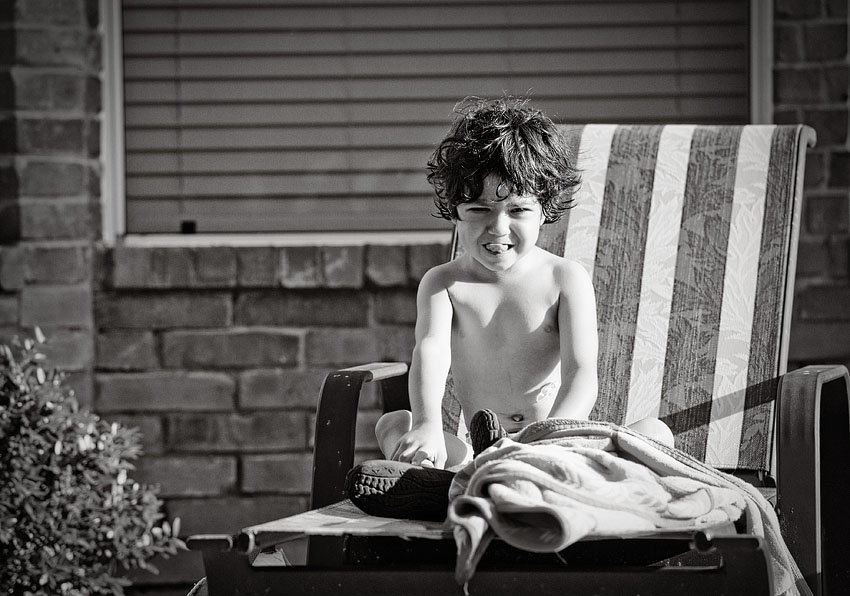 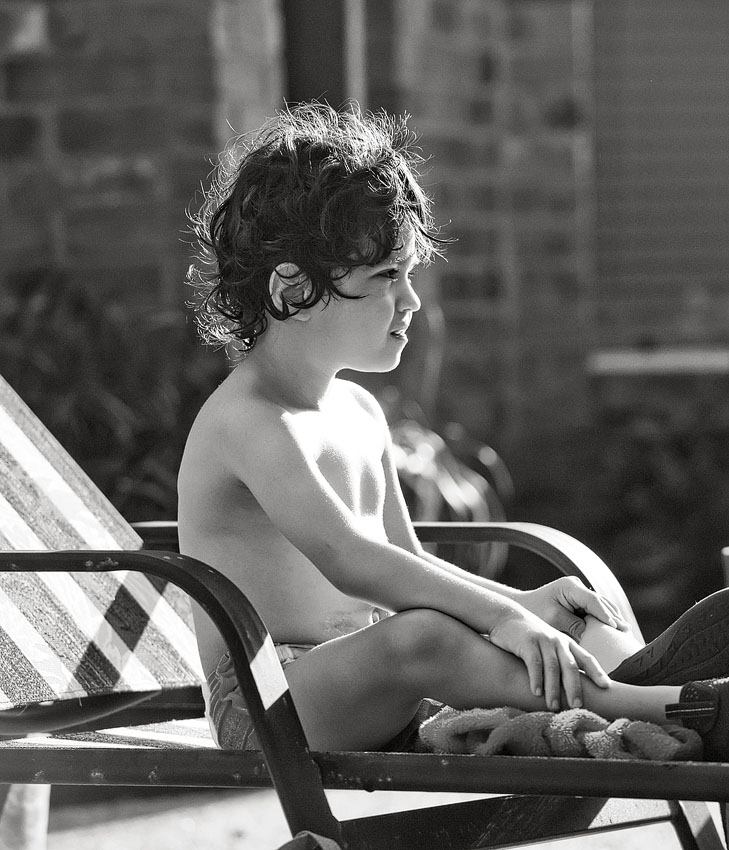 He patiently waits out his sentence…