Things have been so busy that we have literally had no time to update the blog. The title to this entry is very fitting: so far, 2010 has already brought many new challenges (and it is only January!).

Challenge #1:
It started on January 1st at 6:00AM, and perhaps is a sign of things to come for the year. We heard ‘thumping’ noises upstairs, so Manish went up to investigate. When he opened the door, the twins were not in their cribs but the bathroom light was on.

As he looked in the bathroom, there were Ethan and Evan sitting back to back in the sink. It was very cute as their little butts were just small enough to fit in. They had these huge grins on their face and were so proud of what they accomplished. Manish (ever the photographer) so wished he had a camera at that moment. They have been able to get out of their cribs for quite some time, but up until now have been very good about staying in their beds. As you can only imagine, this has become an ongoing problem the last several weeks, as they are up as early as 5:30 AM running around in the bedroom.

Challenge #2:
Poor Aiden has been through so much! He has had horrible diarhea for the last 10 days! It probably averages out to about 15-18 diapers per day. This means 11PM, 11:30 PM, 12AM, 12:15 AM, 1AM, 4AM…, etc. Also last week, he started having pain around the J-tube site again and we decided to get a CT scan. We were told by the Dallas medical personnel (radiologist, surgeon, etc.) that everything looked fine. Nevertheless, as a precaution, we overnighted the images to Children’s Hospital Boston.

Within two days they informed us that his tube was out of place and had pulled into the tract, causing significant inflammation and trauma around the site. Additionally, his right inguinal hernia (repaired in the NICU shortly after birth) had reopened. Both require prompt action, but the J-tube issue in particular requires immediate replacement. The Dallas surgeon we have been *trying* to working with has not been responsive, not even returning phone calls.

Please keep us in your prayers, because we desparately need to find someone who is able and willing to replace his tube ASAP. He will also require surgery to repair the hernia, so we may have to take him back up to Boston again in the next couple of weeks.

Challenge #3:
The feeding program! As if Aiden’s issues and the twins early mornings were not enough to deal with, getting Aiden to and from the feeding program every day has added another level of complexity. Despite the challenge, including his stubbornness and refusal to eat, we are able to get him to take bites, drinks and “chews” occasionally.

It is very interesting to watch what happens when he is compelled to eat. In the past few days, his vocabulary has dramatically increased. He even sings parts of songs! The last time he was in the feeding program (which only lasted two weeks), his physical movements took off. Within a few weeks, he started walking and talking all of a sudden. Numerous studies show that there is a connection to cognitive development and eating, which has been exciting for us to see in Aiden, even in these short spurts. Unfortunately, due to his current medical issues, he will be unable to complete the program until they are resolved.

Challenge #4:
Since their tubes fell out late last year, Ethan and Evan have also been dealing with persistent ear and sinus infections that simply would not completely heal, which has been miserable for everyone. In conjunction with our doctors, we determined that their little eustacian tubes still need some help, so today they had minor surgery to replace the ear tubes. Everything went well, and we are looking forward to them feeling better and hearing better very soon.

Challenge #5:
The weather has made things rather difficult. The frigid Canadian cold fronts have freezing (mostly) negatives impacts and doesn’t help. Everyone has been feeling confined and a little restless, but that is the least of our problems and thankfully, the nasty cold has finally passed and sunny Texas weather is returning. In fact, it was in the 60′s twice this week!

Challenge #6:
Childcare. Carolina has numerous personal commitments and will no longer be with us. We will miss her very much and the boys will always love their “Nina.” So, we are on the hunt again for someone who can handle the boys while Aiden has therapy and help with household stuff. Sonia and Dana are back in town and filling in until they go back to college but after that…uh oh! With Aiden going back to Boston soon, we need someone pretty quickly, so please keep that in your prayers.

So, in a nutshell… we don’t sleep, the house always stinks of nasty diapers, we are seldom at home and need someone to help fill in the gap. It feels like the beginning of 2008, when the boys just came home and then Aiden was sick and ended up back at the hospital. At least then it was not quite as hard on Ethan and Evan, but now they are much more aware of what is going on. Of course, it is not that bad, but we do need to get Aiden’s issues resolved as soon as possible.

There are a few pictures below. We will try to blog more often as time allows. 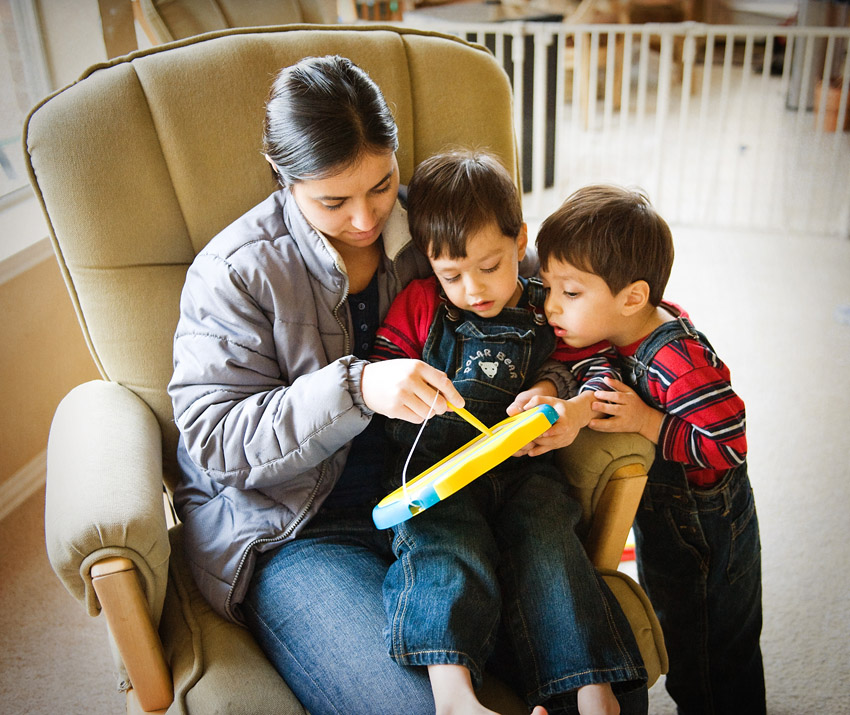 The boys color with Carolina 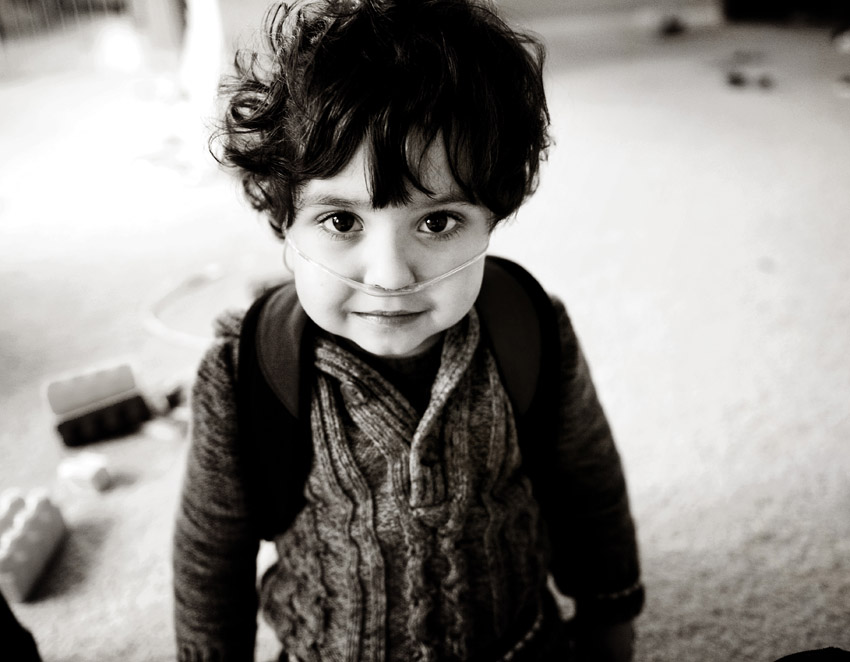 Got to love this one! 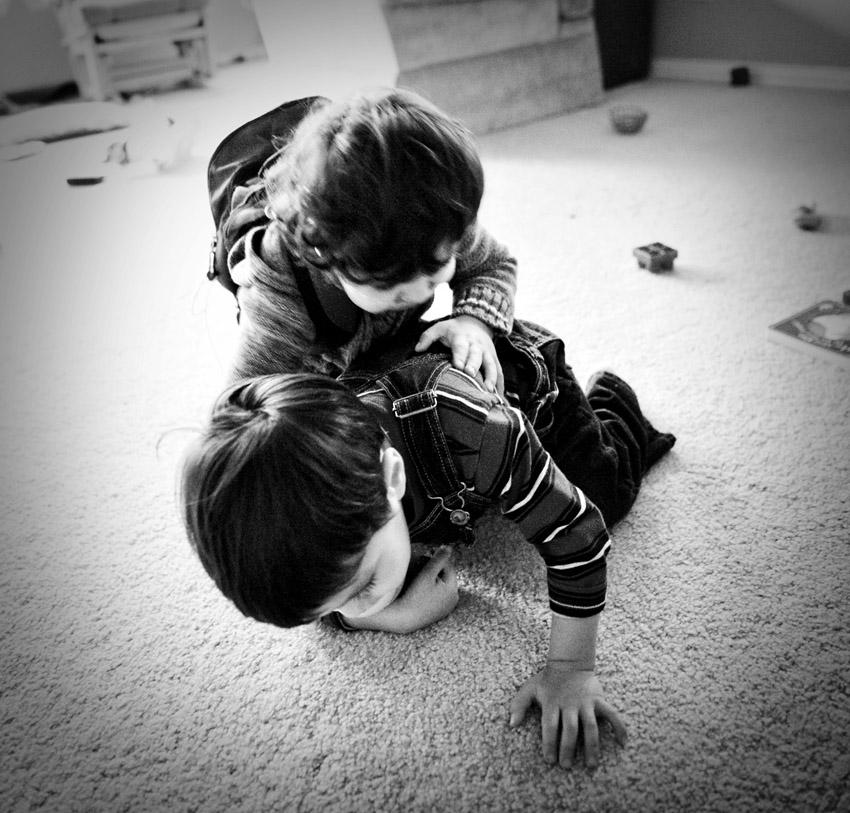 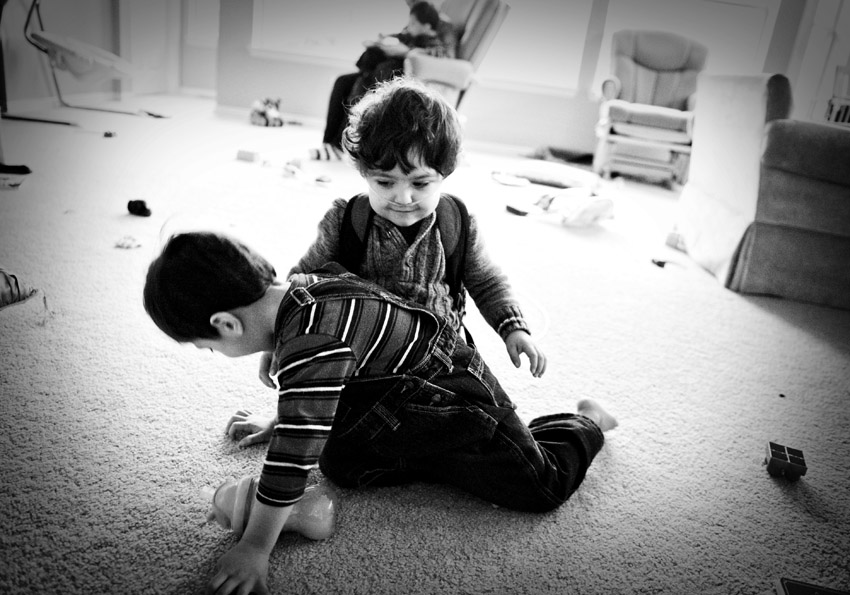 Aiden prepares for the next move 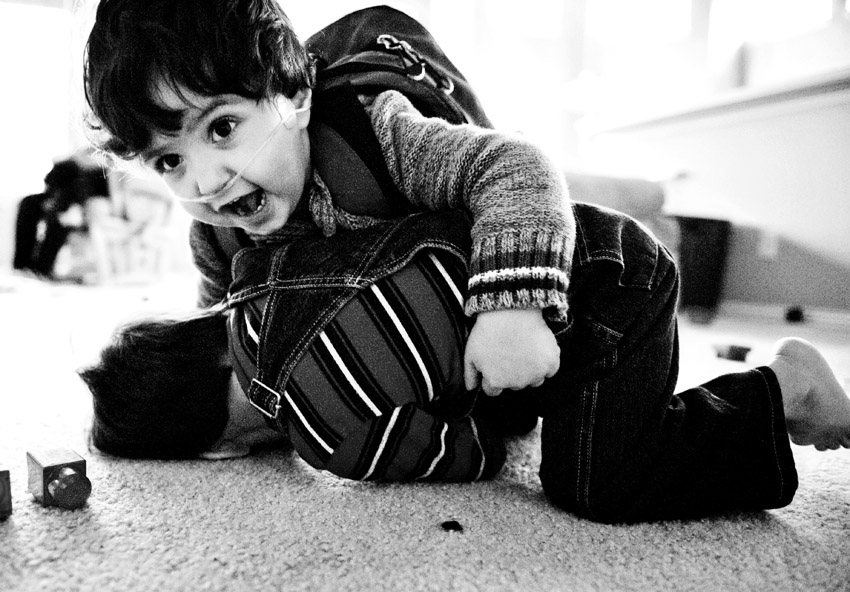 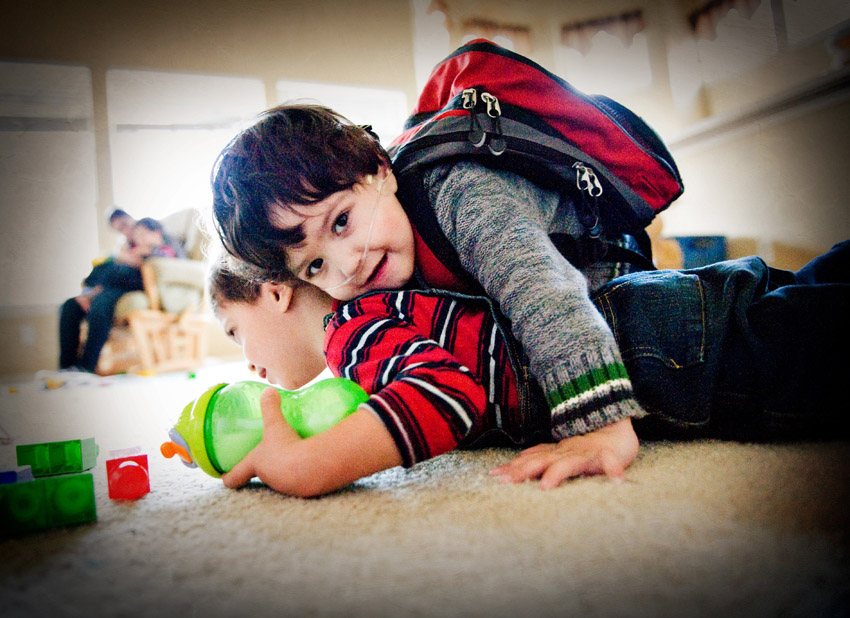 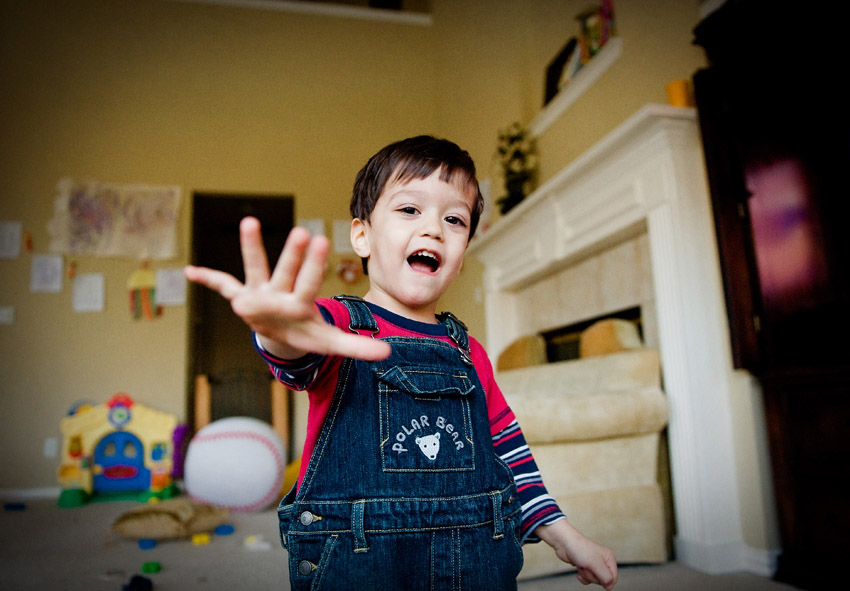 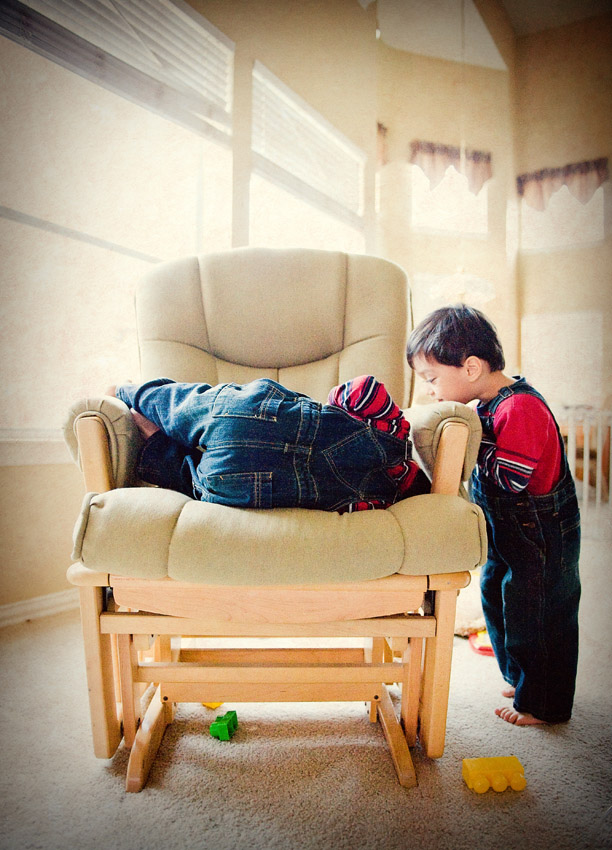 Ethan checks in on Evan 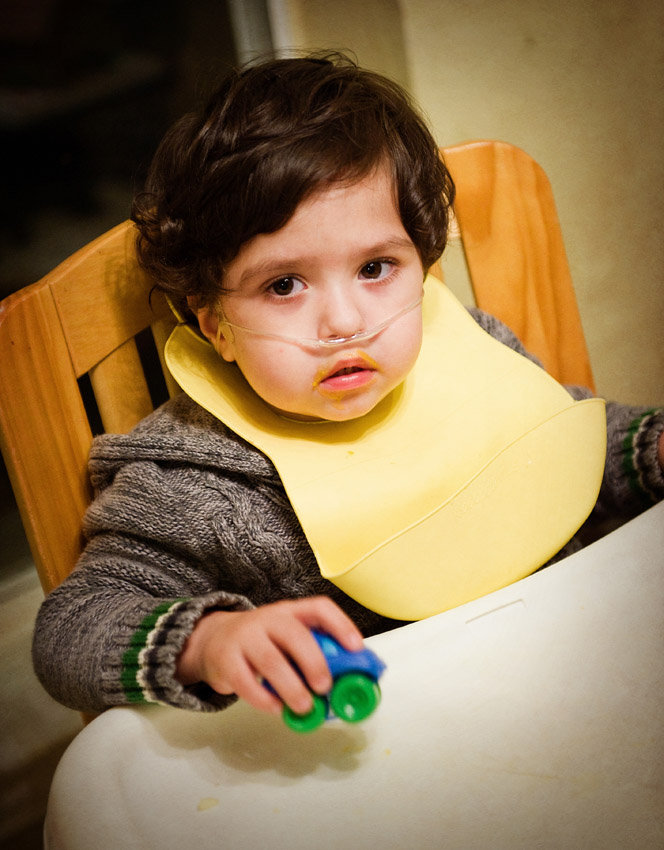 Aiden has been taking little bites of baby food 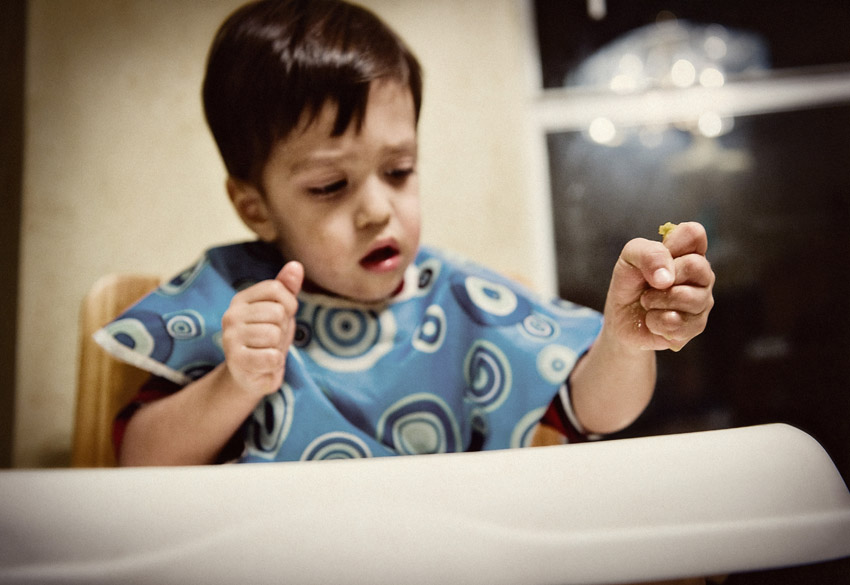 Squeezing the life out of the orange 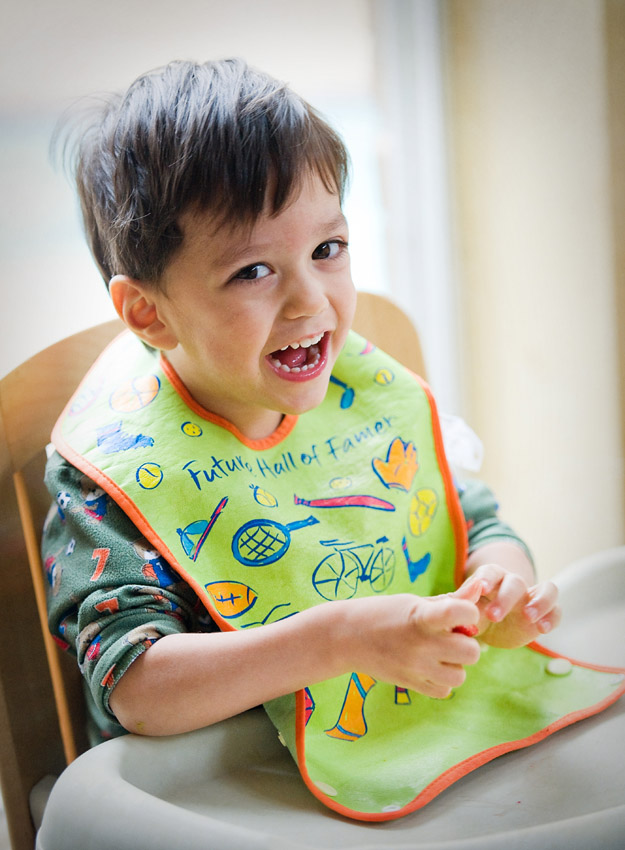 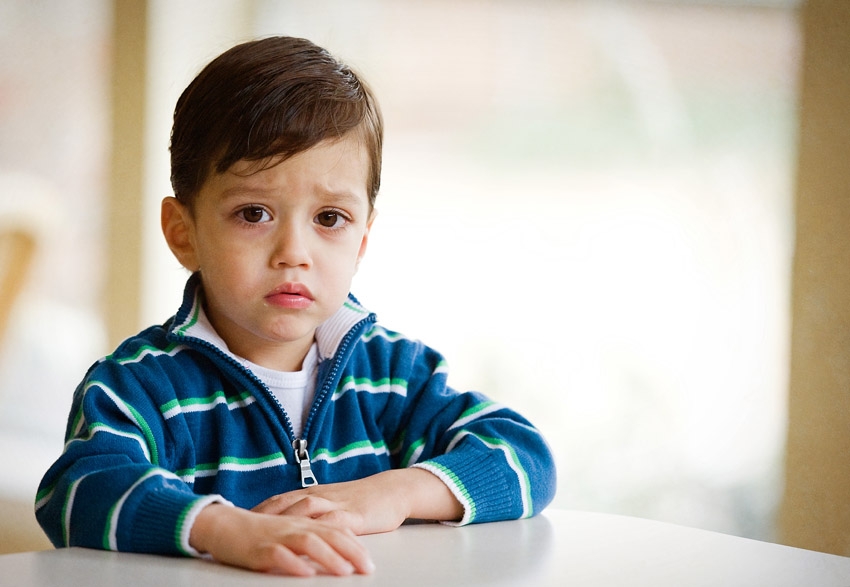 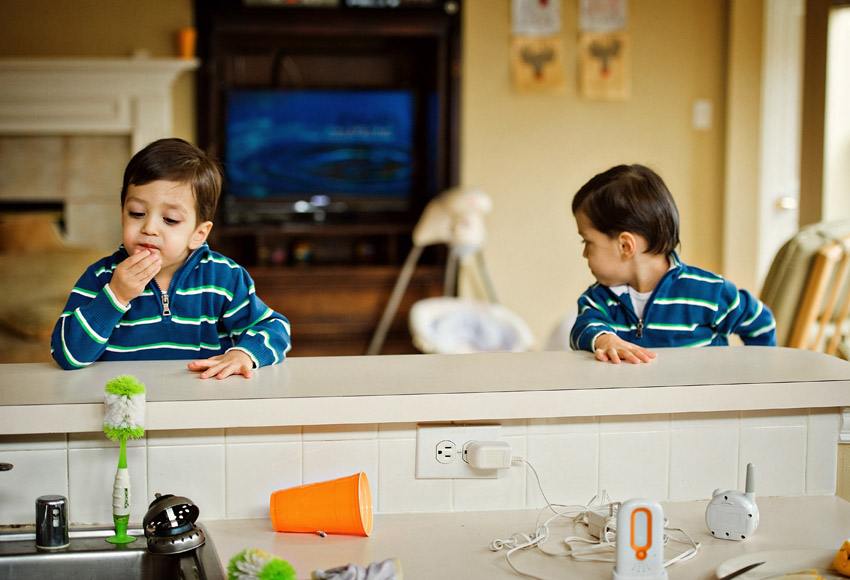 They love being up there 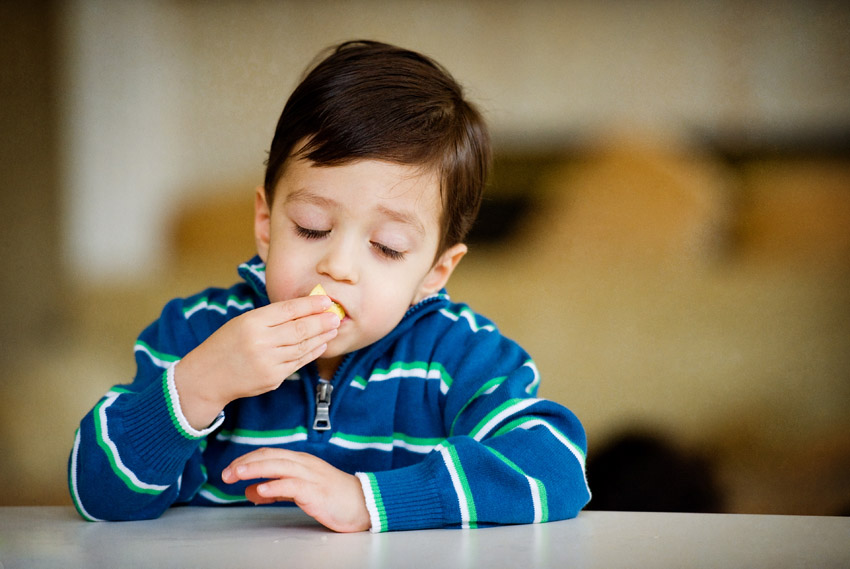 That must taste delicious! 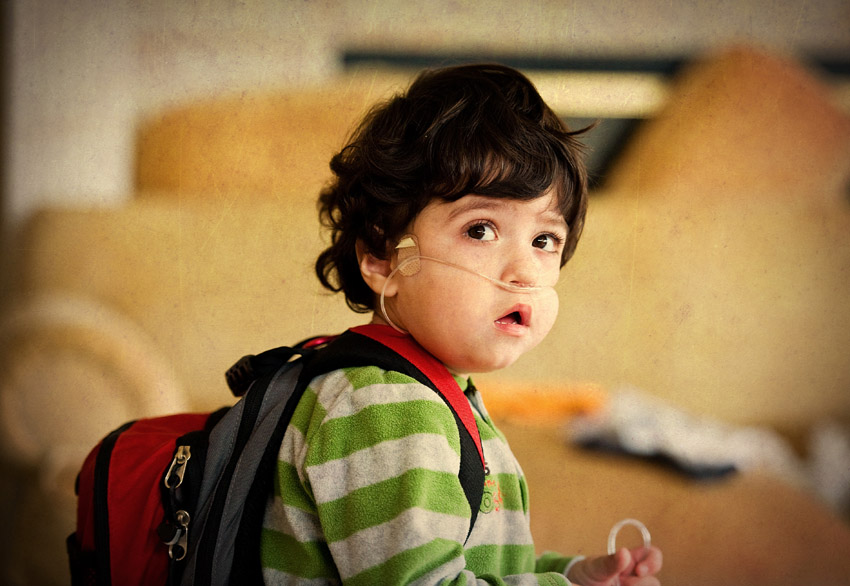 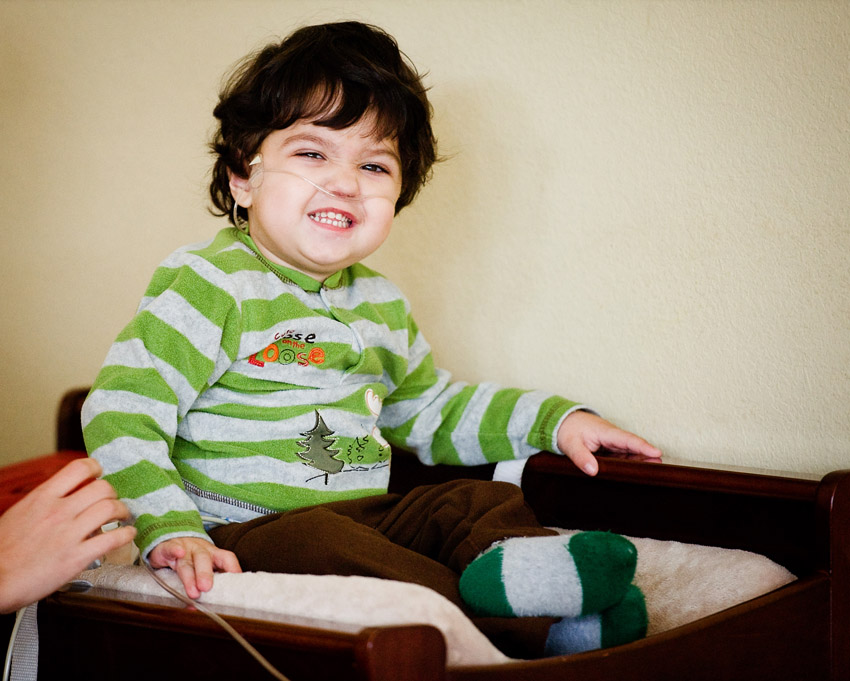 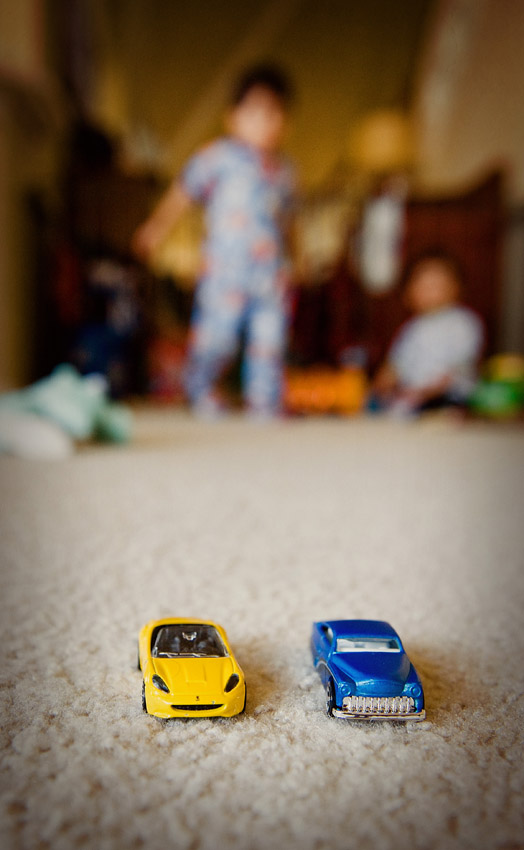