How do you tame three rambunctionus soon-to-be three year old boys? By putting on their favorite movie: Cars. Their hero is “Lightning McQueen.” Just mentioning that they get to watch a few minutes of it makes them giddy with excitement (especailly Aiden who points at the screen and laughs).

Over the past couple of weeks, they have been agressive with each other. These boys play hard and laugh hard. Aiden has learned how to taunt his brothers and they know that they can’t wrestle him, etc. like they can one another given his delicate condition. Unfortunately, last week Aiden would not stop harassing them and the twins decided they had enough and attempted to make Aiden stop.

We are not sure exactly what happened but think they sat on him and caused the balloon-type mechanism (which secures the G-tube button) to pop. Shortly thereafter, the button came out and he had to be taken to the Emergency Room to get the button replaced before the flesh closed. After six hours or so, they had dilated the opening to the point where they could get the button back in. So the question is, did Aiden learn his lesson…probably not!

In the video below, you can see Aiden doing somersaults, the Trips listening to Elmo, Ethan and Evan smothering Aiden and Aiden singing happy birthday to Amisha. Also, the boys had a good time at Carter Cates‘ birthday party. 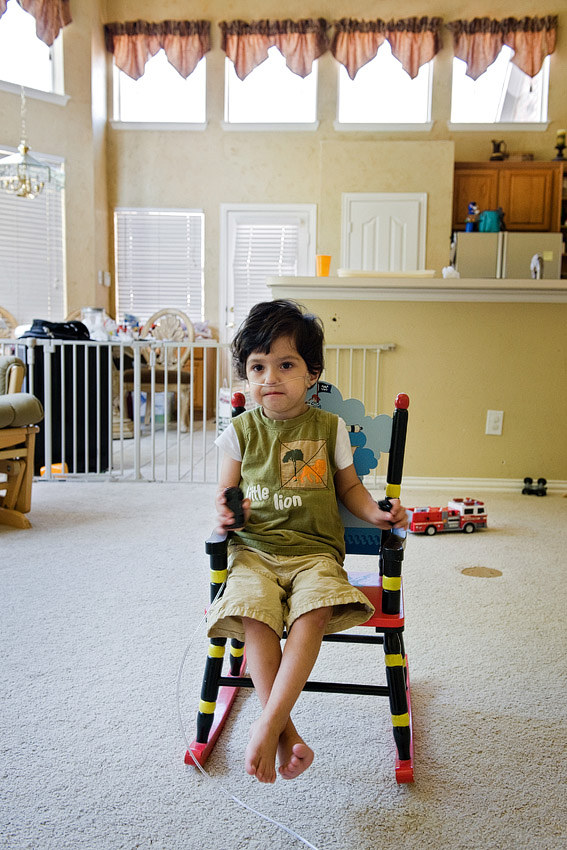 What could possibly keep them so calm? 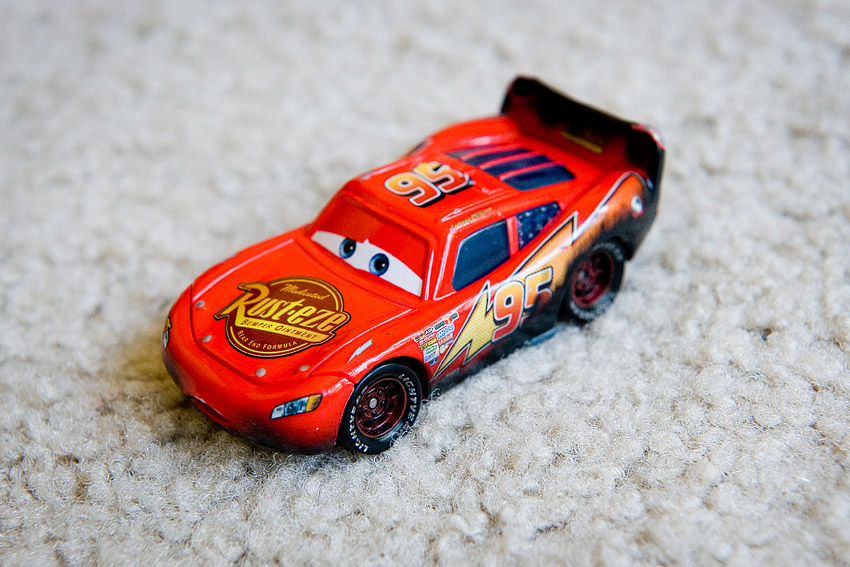 Lightning McQueen (from the Movie “Cars“) 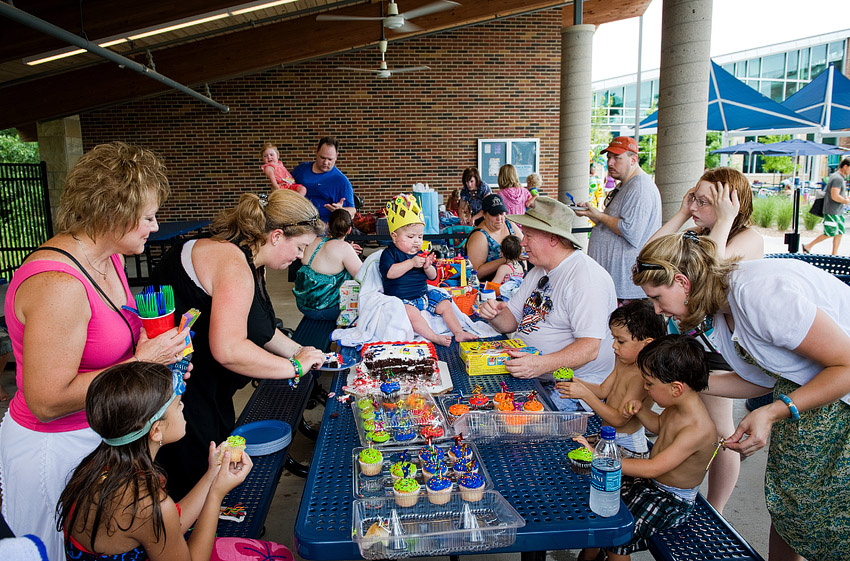 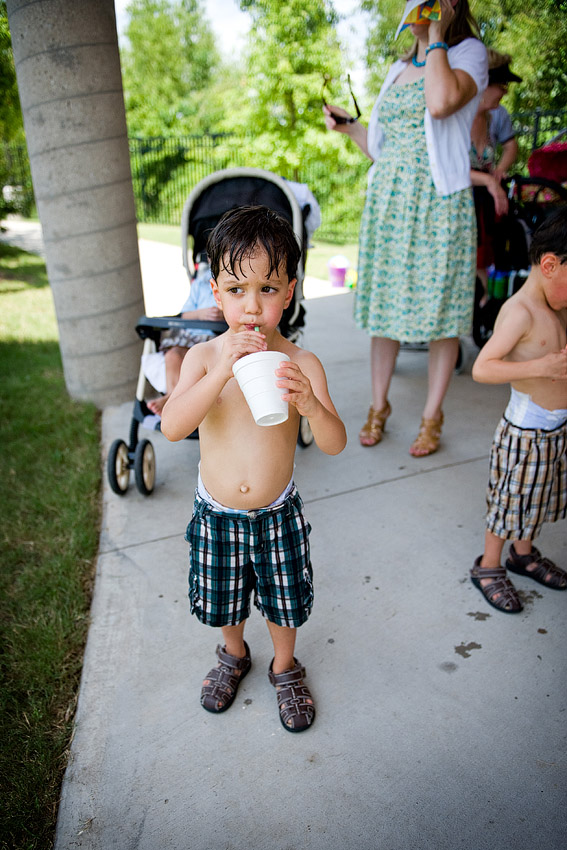 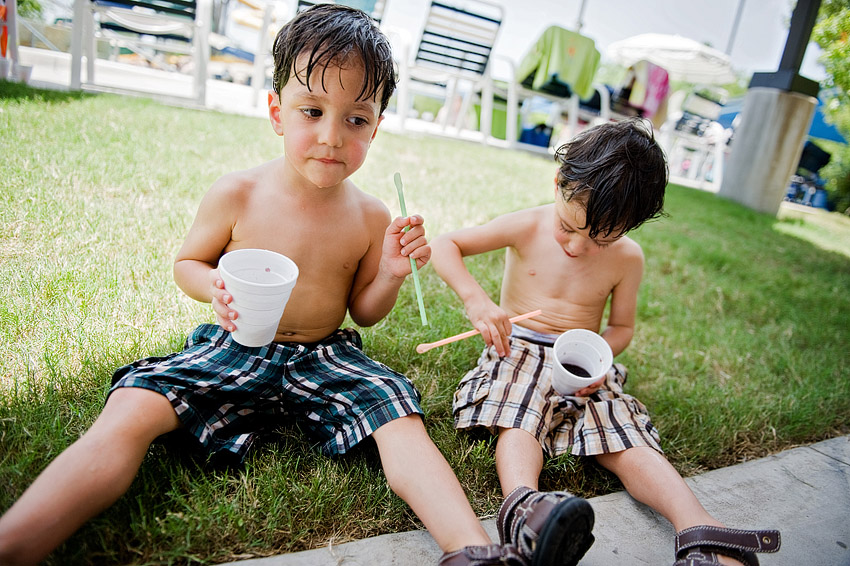 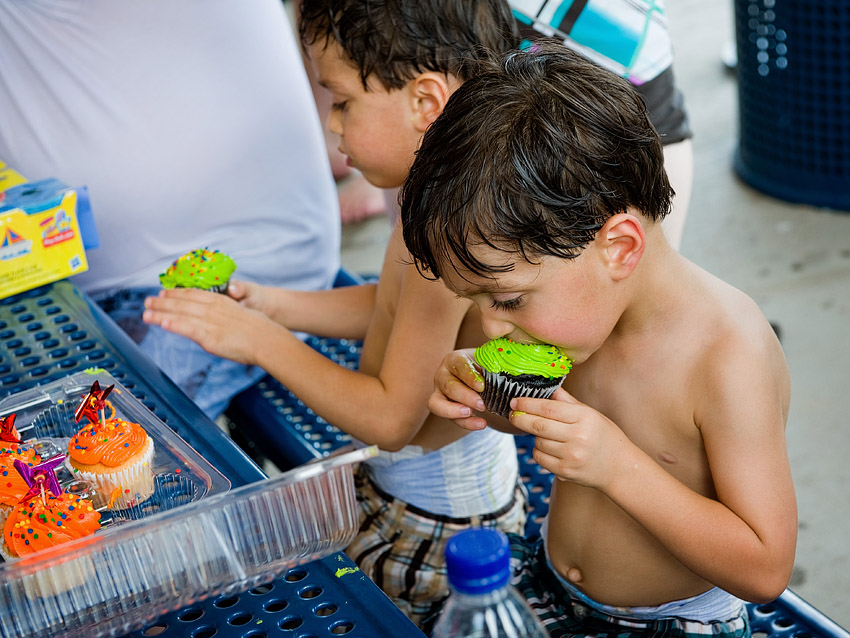 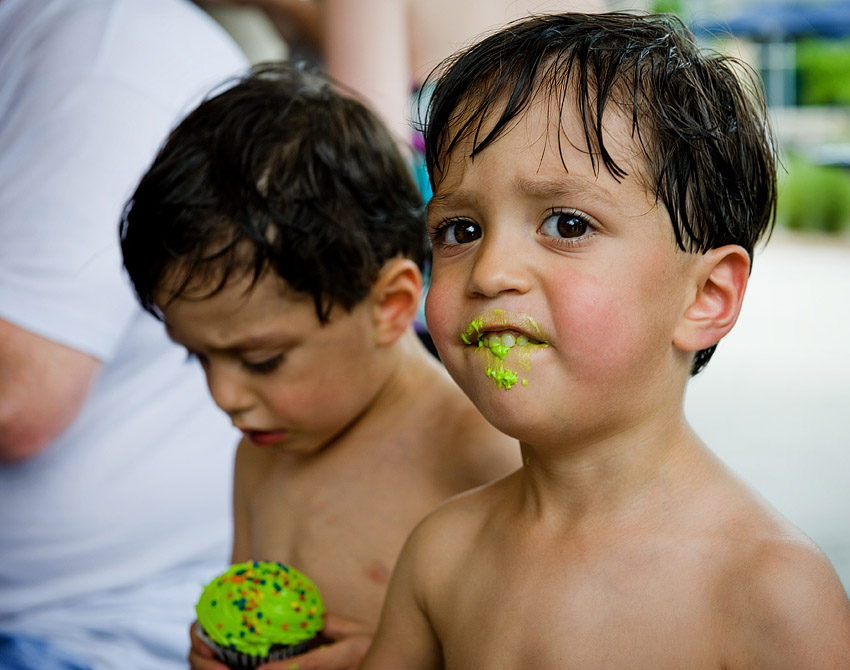 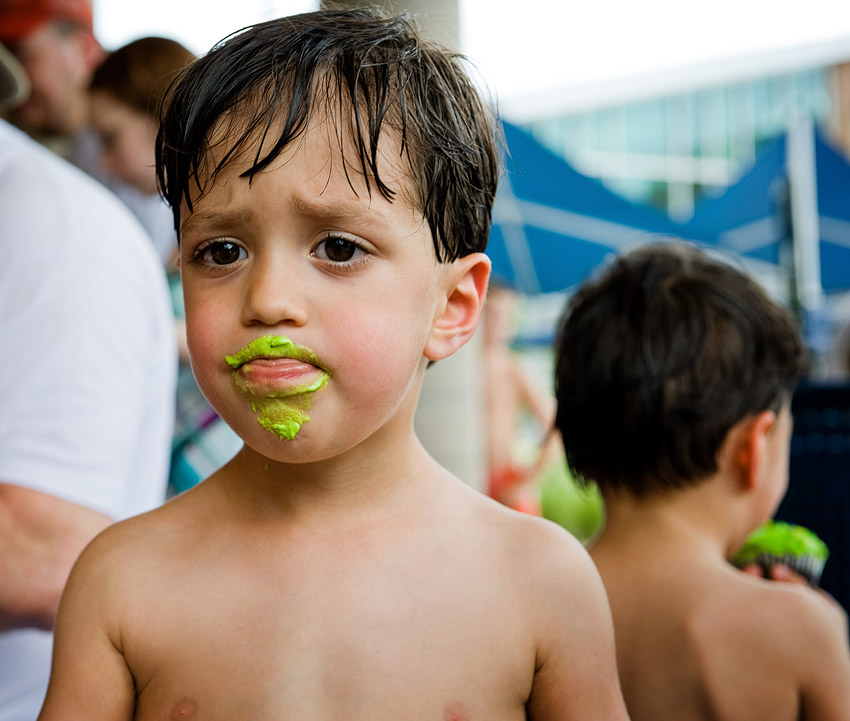 They love their cupcakes 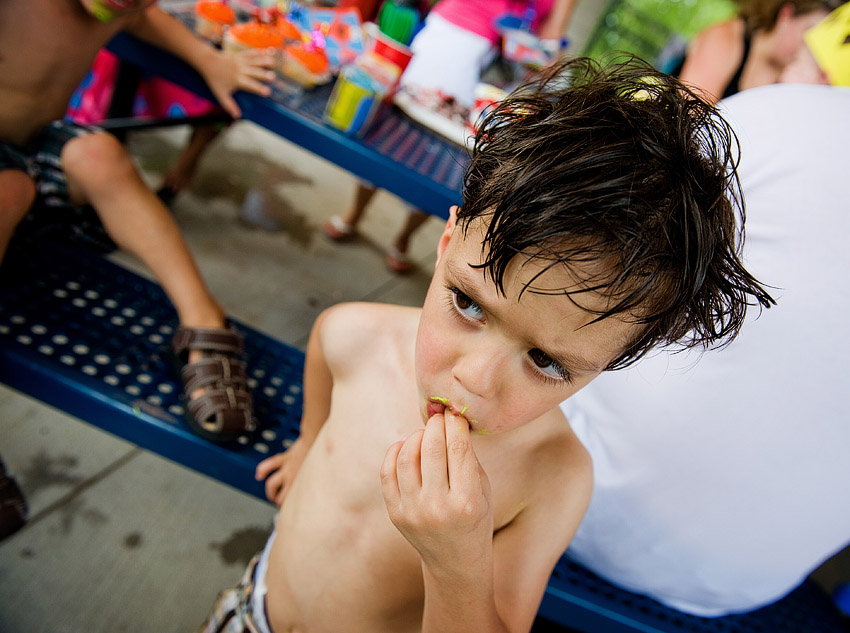 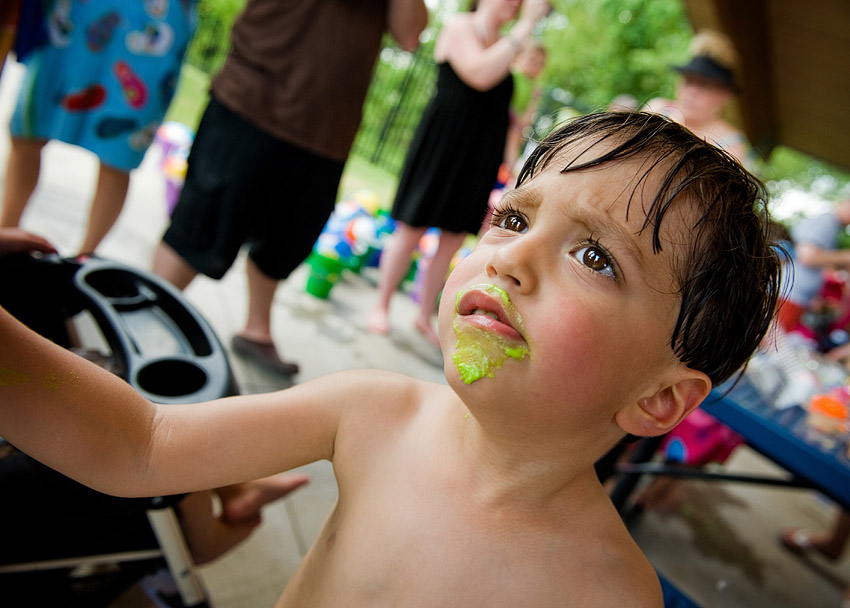 Ethan enjoyed going into the water 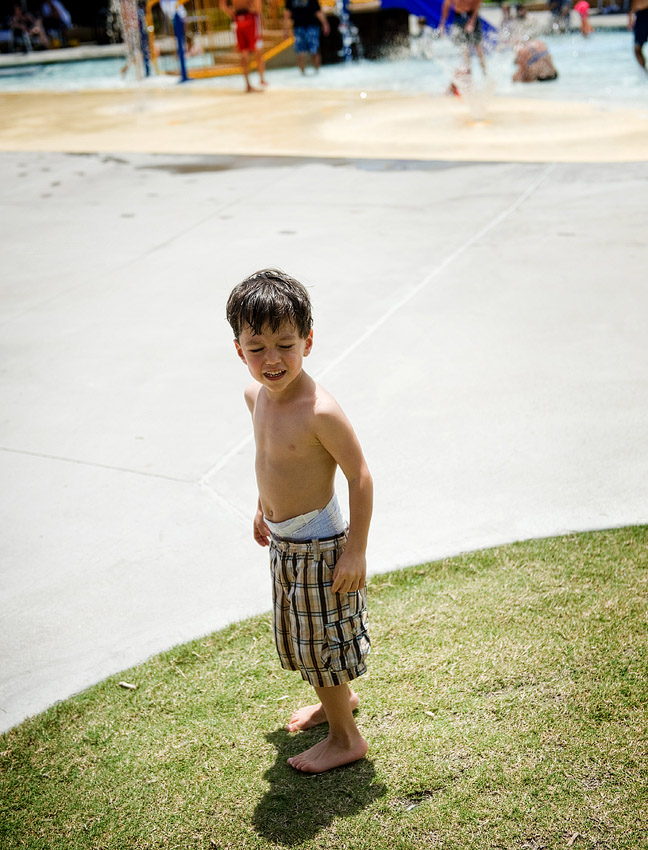 He smiled but closed his eyes 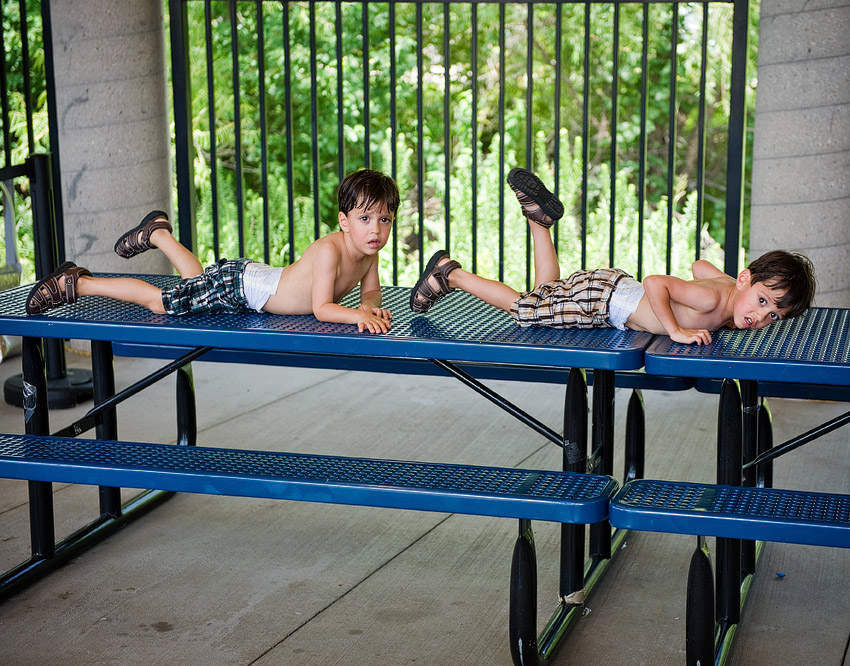