Despite the beautiful weather we have enjoyed here in Texas lately, it’s that time of year again: Flu Season! Man down: Manish came home from work sick earlier this week, and has been fighting off the flu for the last couple days. He has been “quarantined” and is in isolation away from the boys until he feels better. We have learned to take every precaution possible, particularly since Aiden is so susceptible.

The twins continue to surge in the growth and development. They have learned to say “done” (they pronounce it “duhhhn, duhhhn, duhhhn”) when they are ready to get out of their highchairs, along with a number of other attempted words. Also, they have been learning all types of new sounds listening to their catchy Leapfrog alphabet DVD we got for them. They love it!

Aiden has made a lot of progress in the last two weeks. He can now push himself into a sitting position and has started trying to catch himself when he fall backwards while sitting. This past weekend, he actually scooted a few steps for the first time! (Before, he wouldn’t have anything to do with getting on his hands and knees, so that is significant progress.) Also, he has begun taking some very small bites of pureed baby food. We put some food on a spoon and he looks at it, thinks about it and then touches his lips to the very edge of the spoon to check it out (it is so cute). When we put some food in front of him, he will touch it with his right index finger which he does in the video below. Manish has started playing a new game with Aiden where he move his little chin up and down and Aiden makes noise (also in the video below), then laughs and laughs.

Aiden is turning into such a little cuddler, and he is never happier than when he can be with his brothers. He gets so excited, and he wants to hug them so badly! As Ethan and Evan run by him, he tries to wrap his arms around their legs to pull them down so he can lay wrap his arms around them, lay his head down next to theirs and cuddle with them, but of course, they are very busy boys and want nothing to do with it!

Please pray that Manish gets well but more importantly, that no one else gets sick.

Enjoy the brief video and pics below. 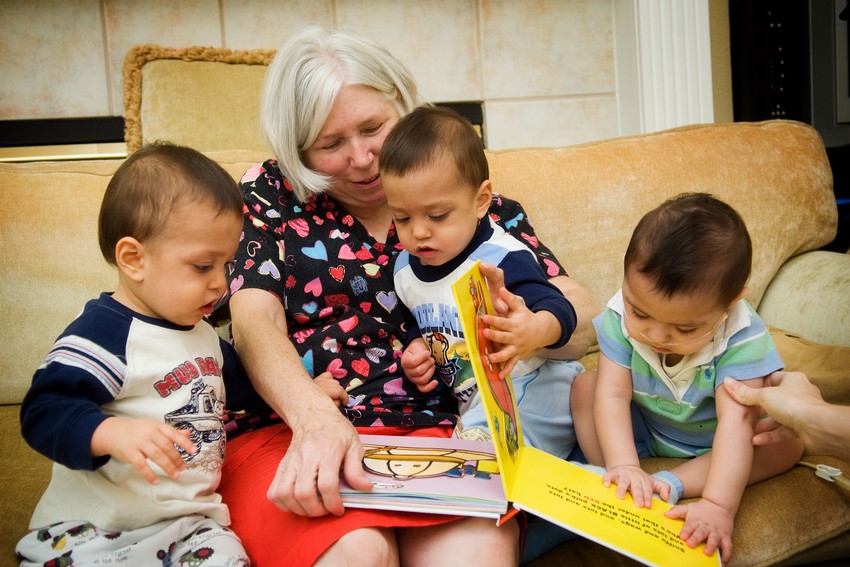 Grandma reads to the boys 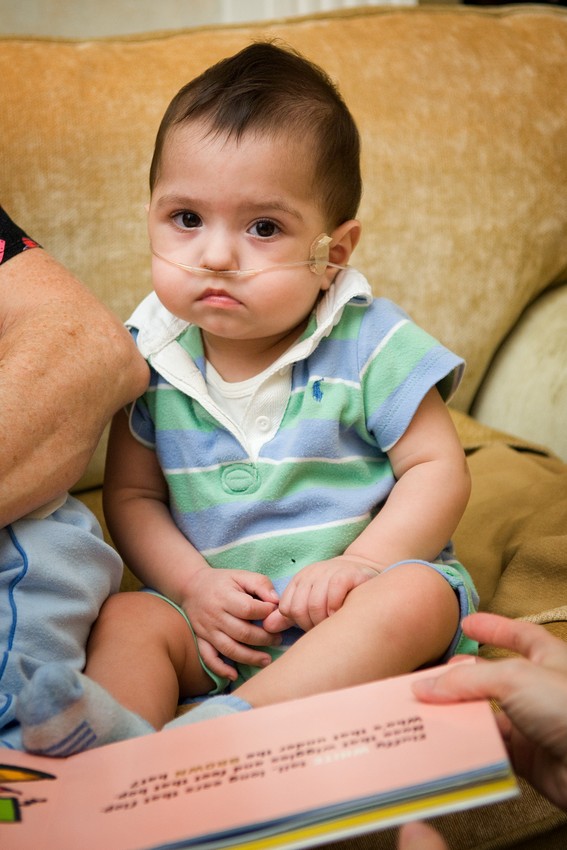 He is still a baby 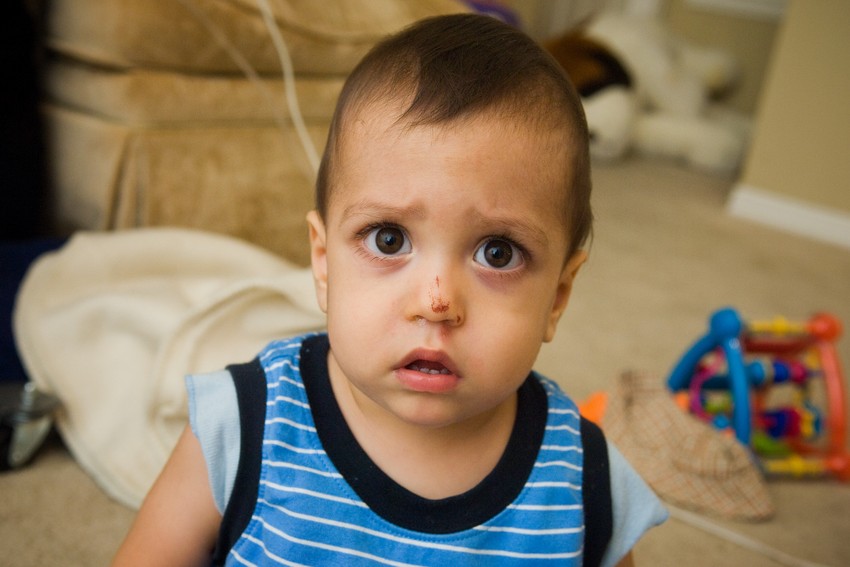 Brave Boy! Evan fell down on the concrete and scratched his nose…he did not even cry. 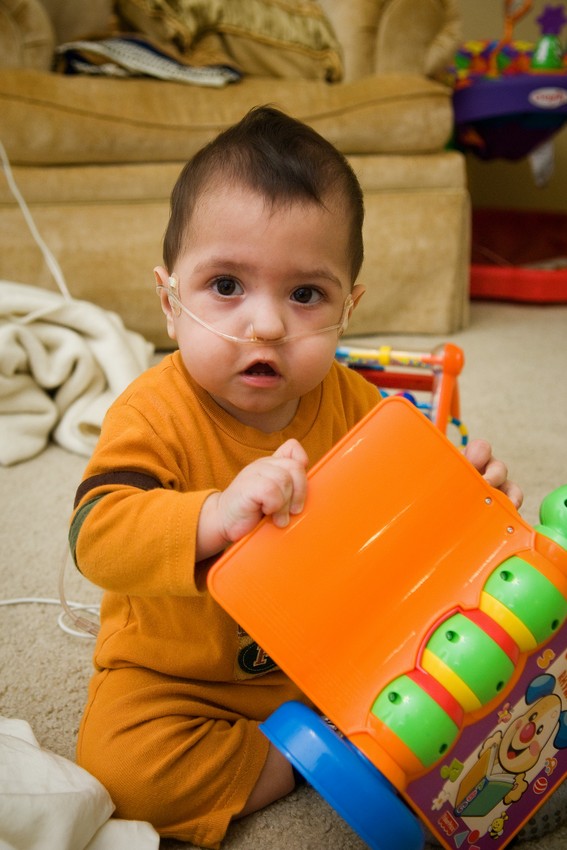 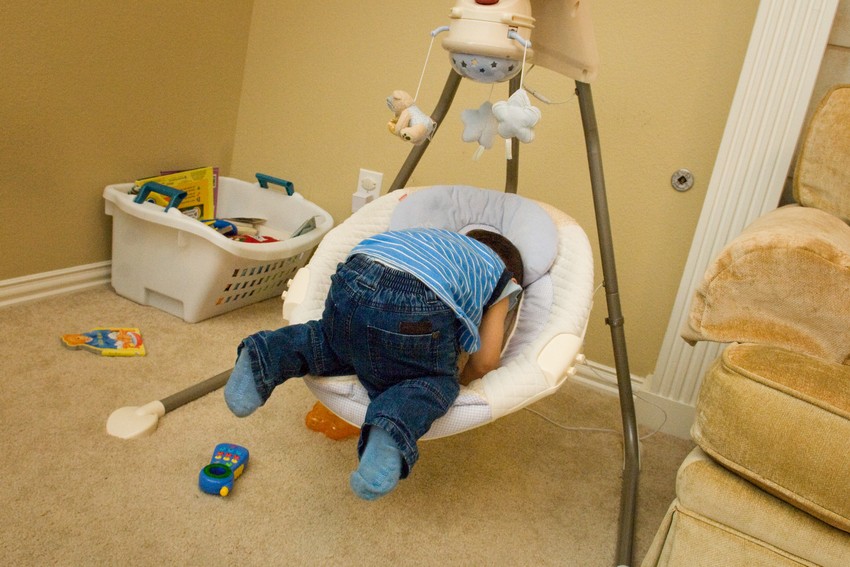 Evan can now climb into the swing himself 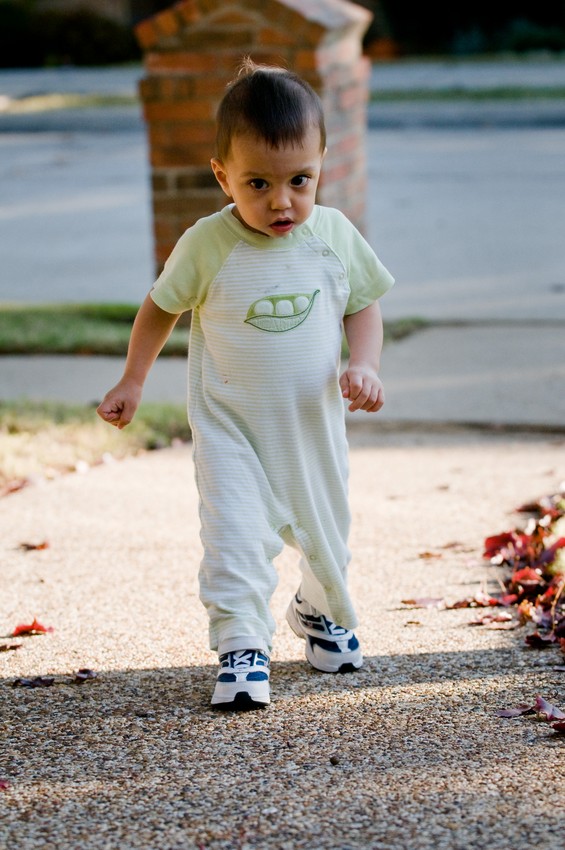 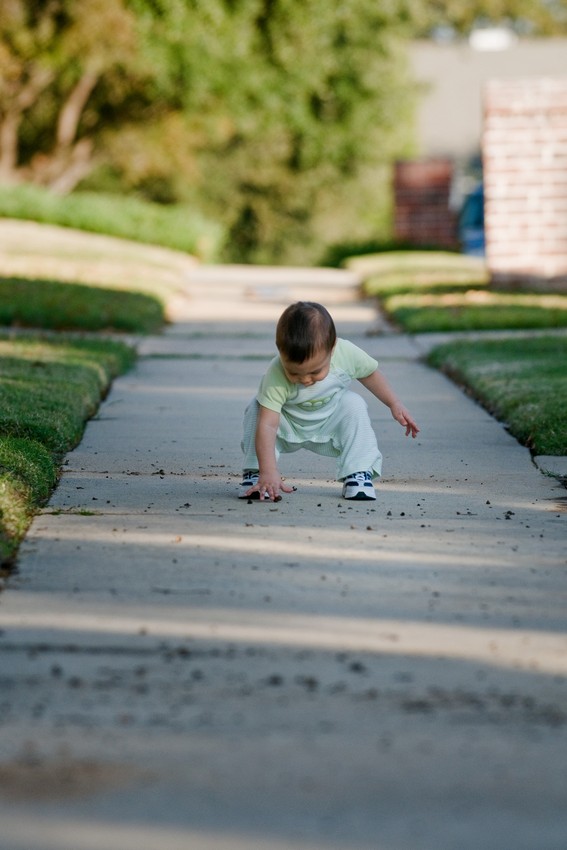 Evan, what do you have? 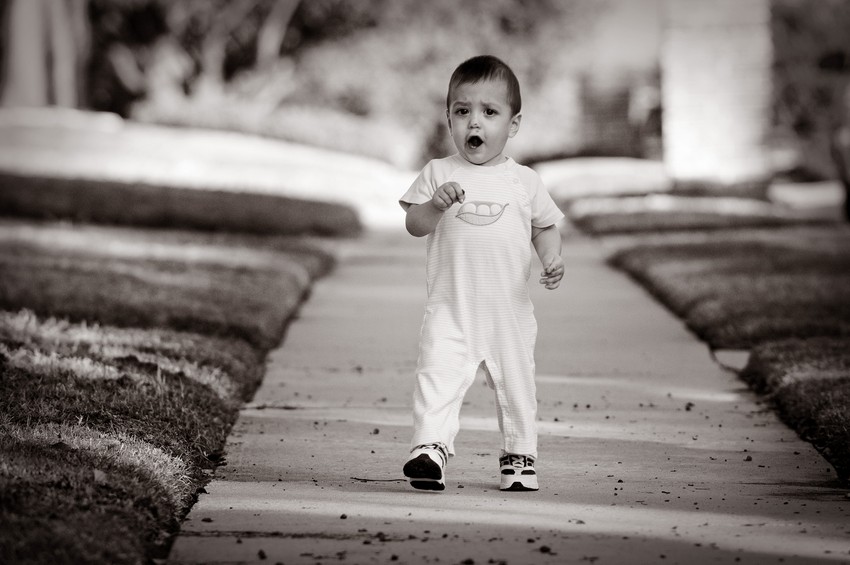 Don’t put it in your mouth! 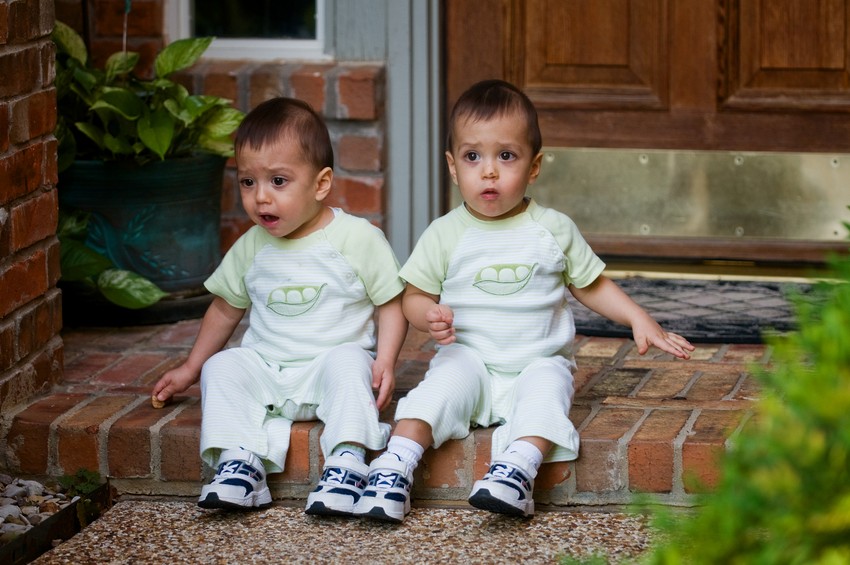