Aiden is back…again! Hannah and Aiden were gone for a week and returned from Children’s Hospital in Boston on Wednesday afternoon. While in Boston, Aiden started receiving the Cisapride. It will take approximately two weeks before we know whether it is working. Overall, the trip was much longer than it needed to be, but at least we got the tests done. It will definitely be worth it if the medication works. Thankfully, Hannah’s mom was able to come and help with Ethan and Evan while they were gone. She has been such a blessing!

Ethan and Evan have grown so much and now look like little toddlers, as you will see from the pictures below! Evan looks like a 2-year old and has a new hobby: climbing the stairs. Ethan is a little monkey! He has learned how to open doors and tries to climb over the safety gates, up the table legs, out of the high chair…. They both enjoy throwing toys (and anything else they can get their hands on) over the gates onto the tile floors. Manish decided that their hair on the front of their head was too long and gave them their first hair cut this week. Those thin, little bangs just had to be chopped! Hannah says it looks like they have been attacked by a weed wacker.

In the video below, you see Evan with his new bouncy ball which he loves so much. Also, watch the twins “chase the light.” They end up with a little collision. 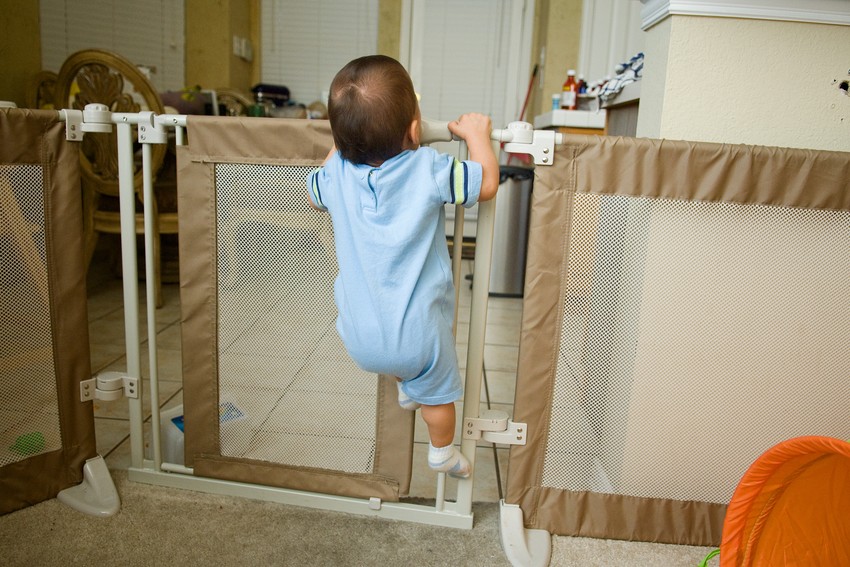 Ethan tries to escape from “jail” 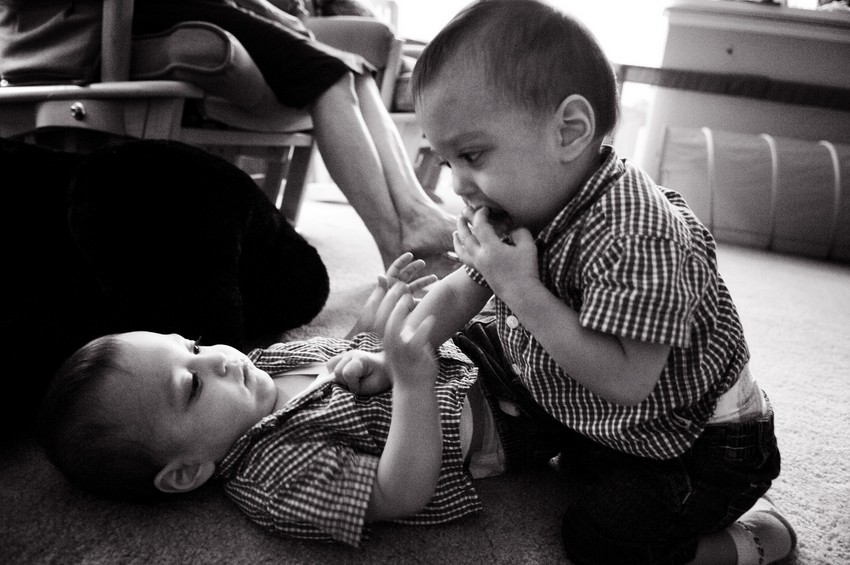 The battle for a pacifier…Evan wins this round 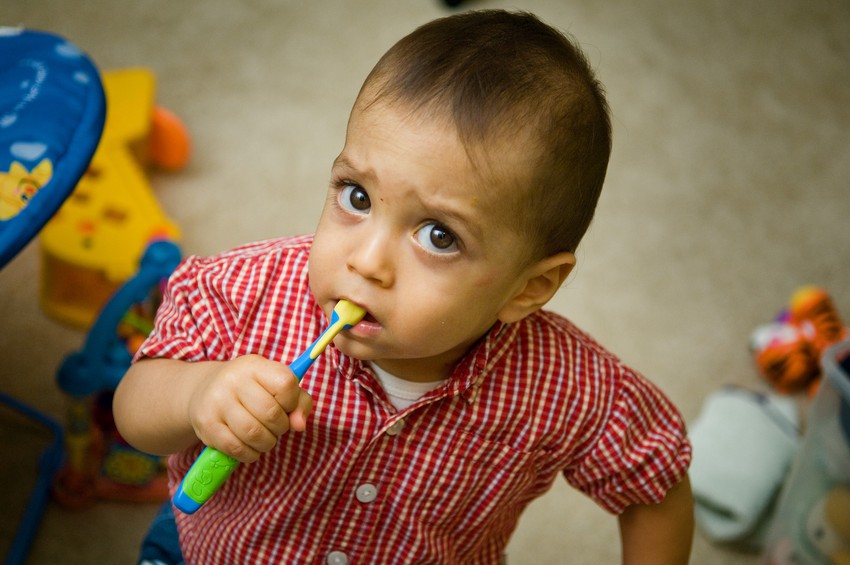 Evan is learning to brush his teeth 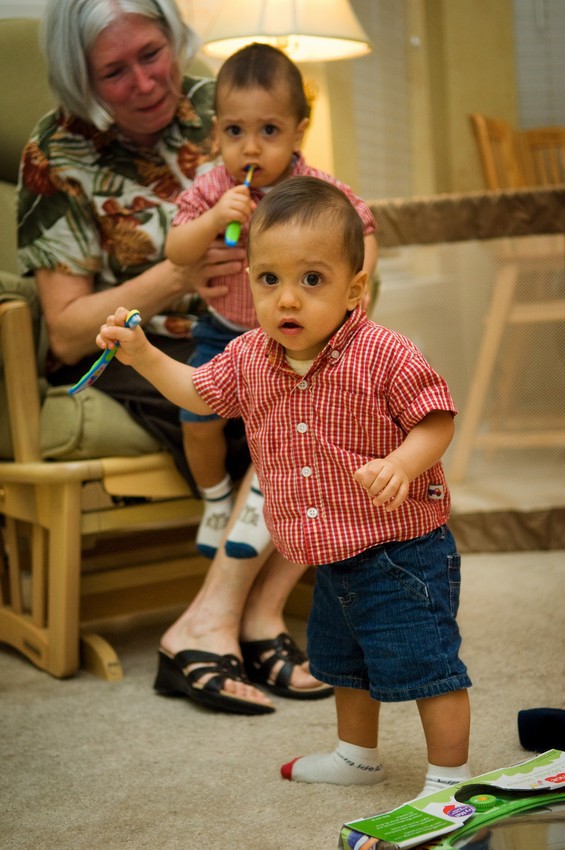 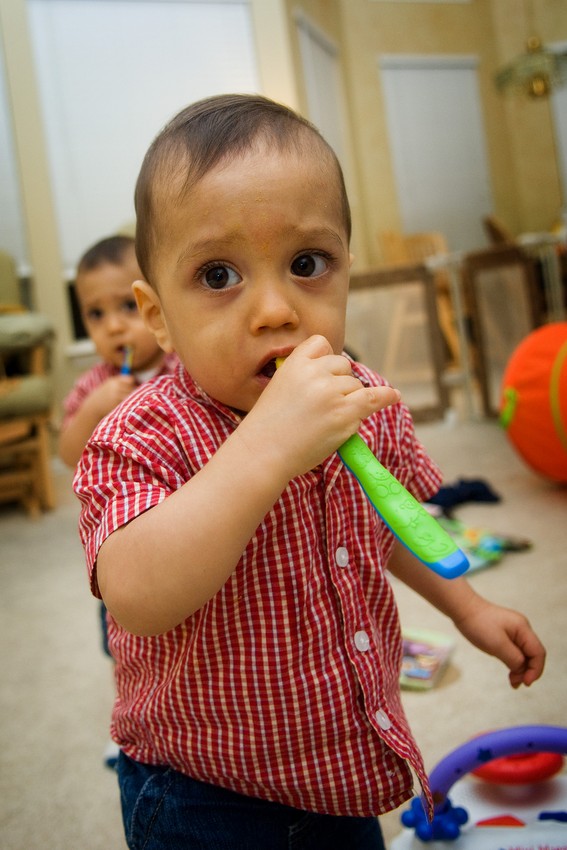 Brushing is so much fun! 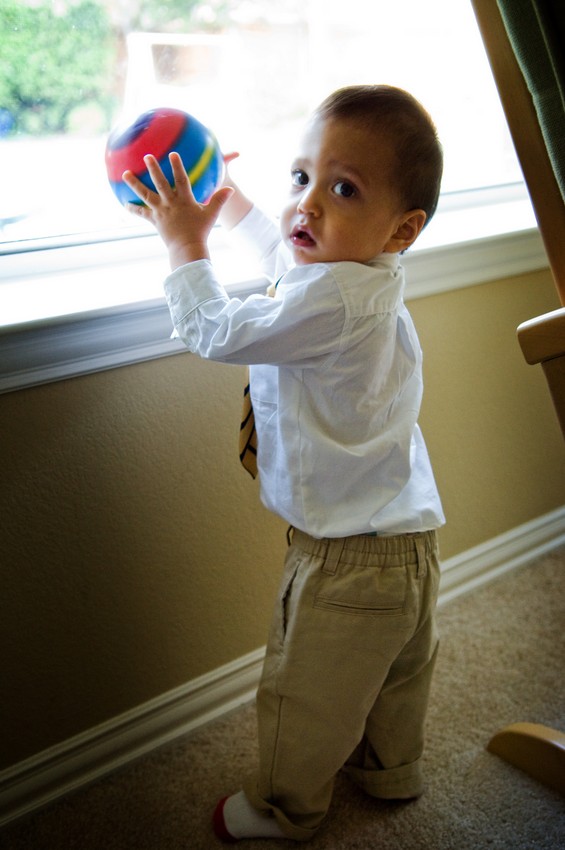 Evan LOVES to play with balls 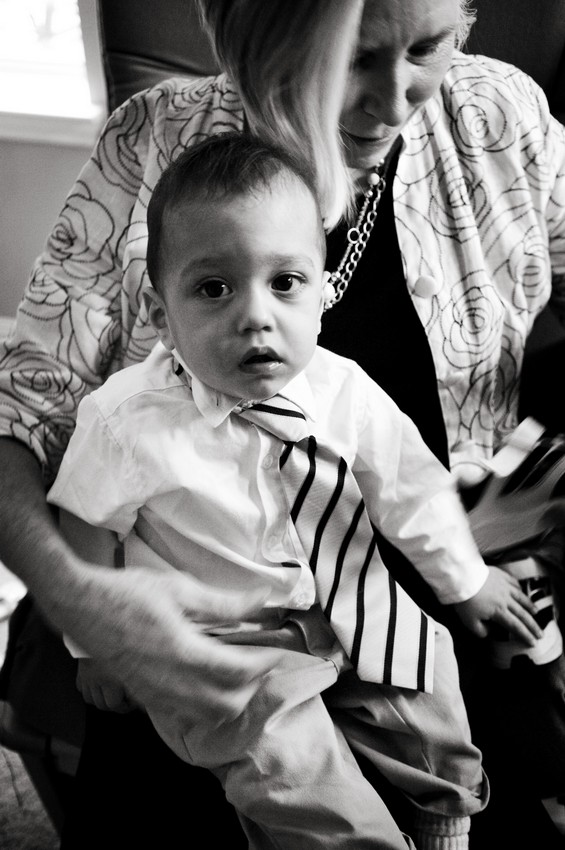 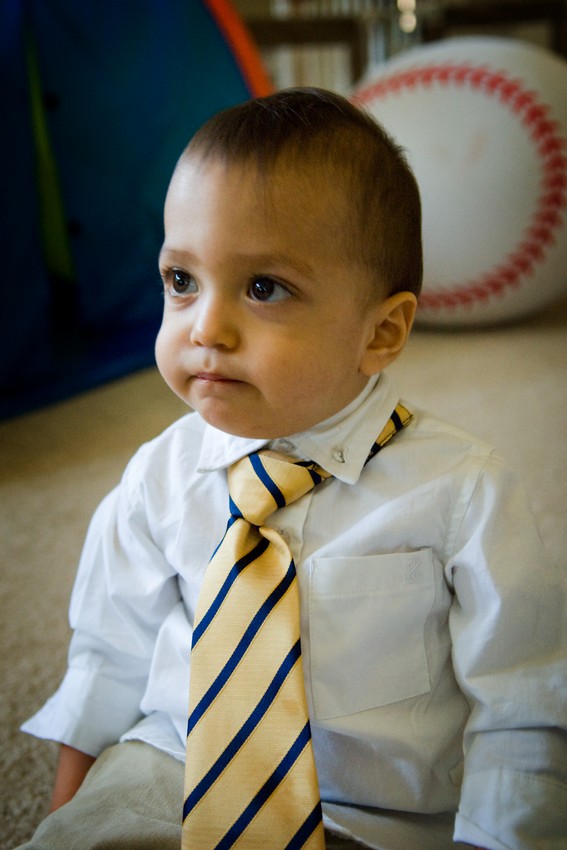 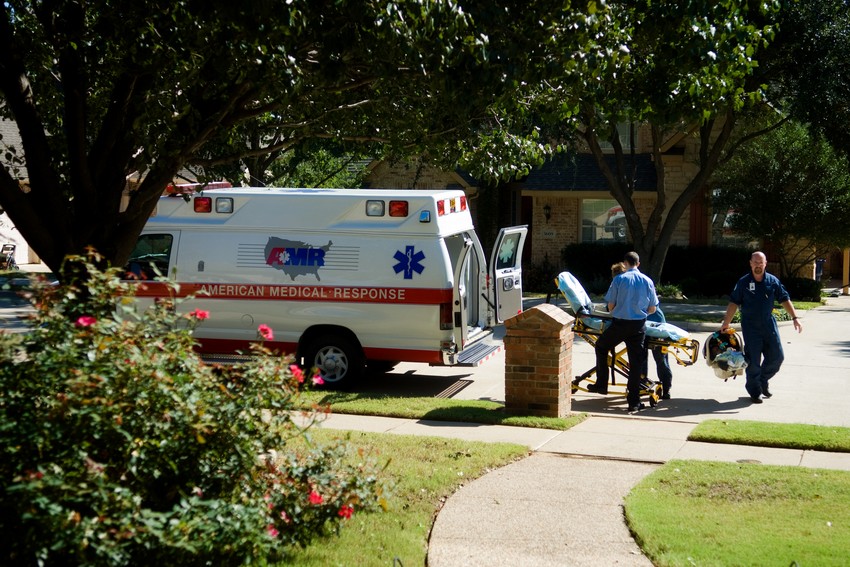 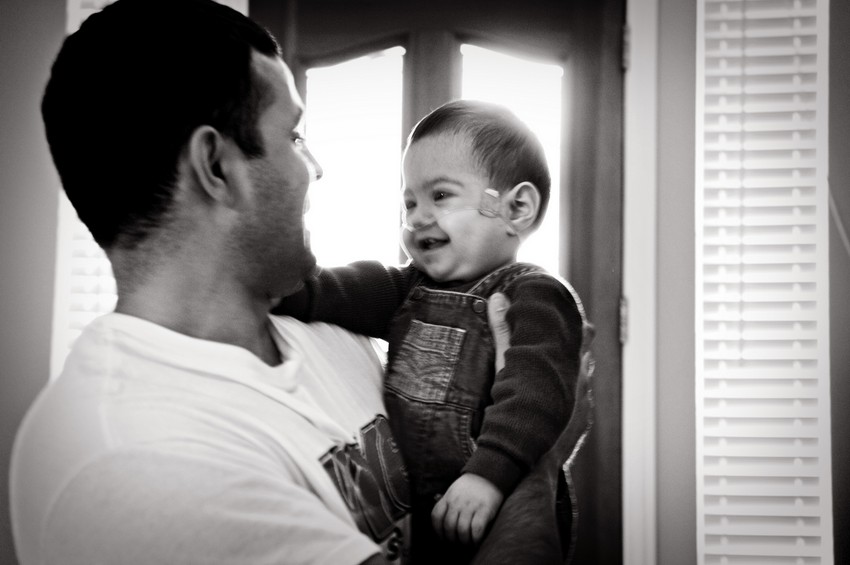 So happy to see daddy! 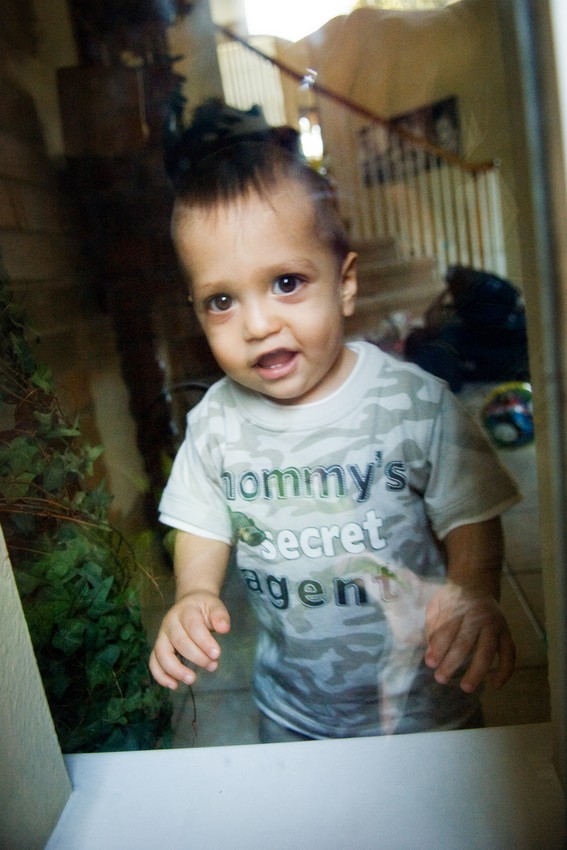 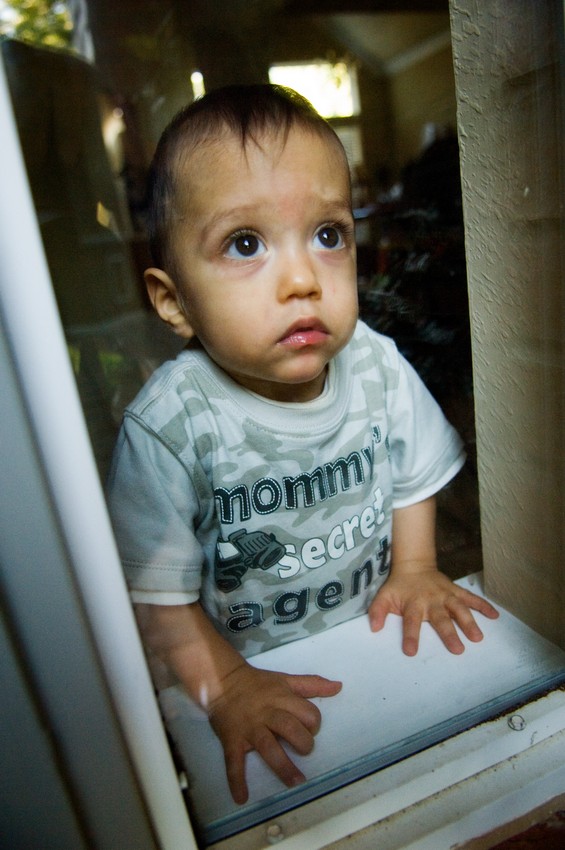 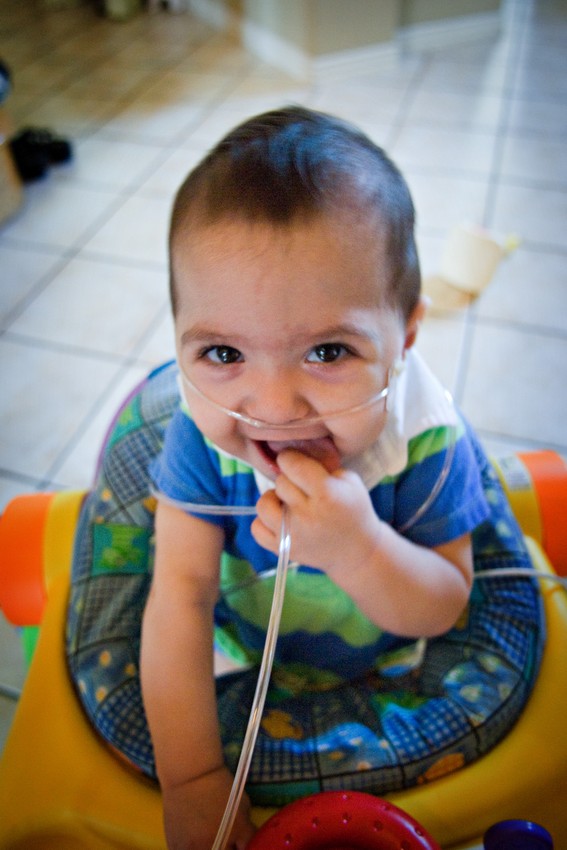 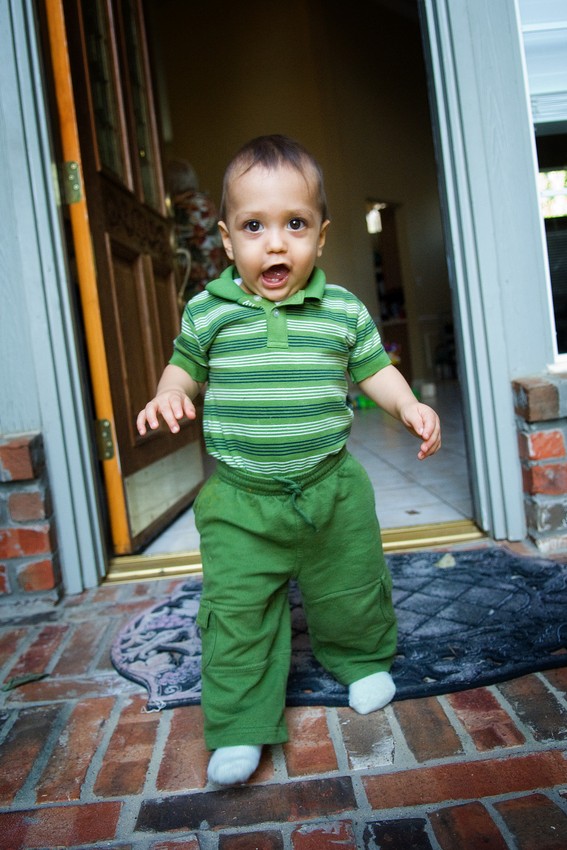 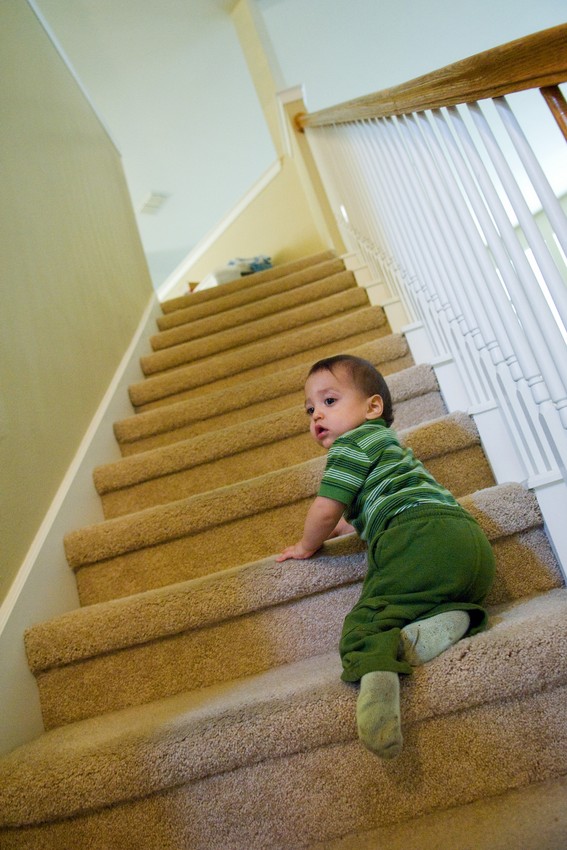 Evan has found a new form of exercise 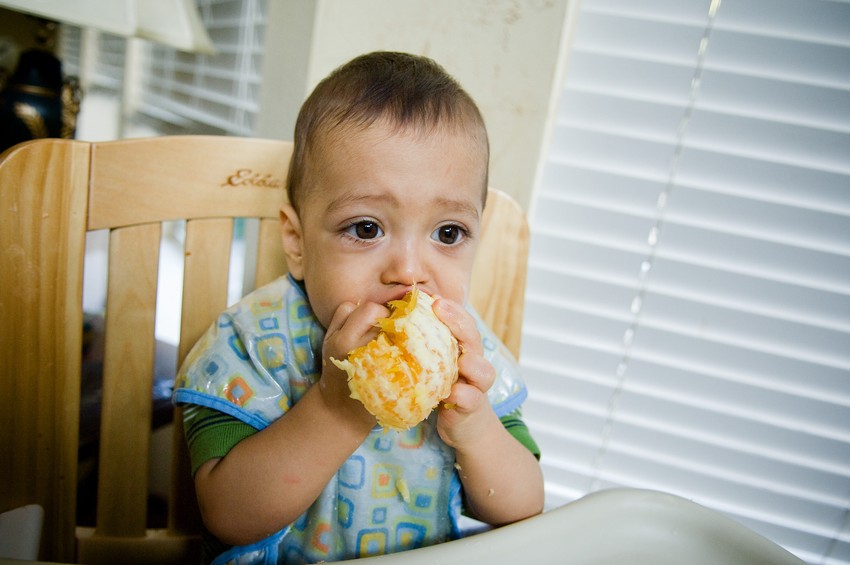 Why eat just one piece, when you can have the whole thing? 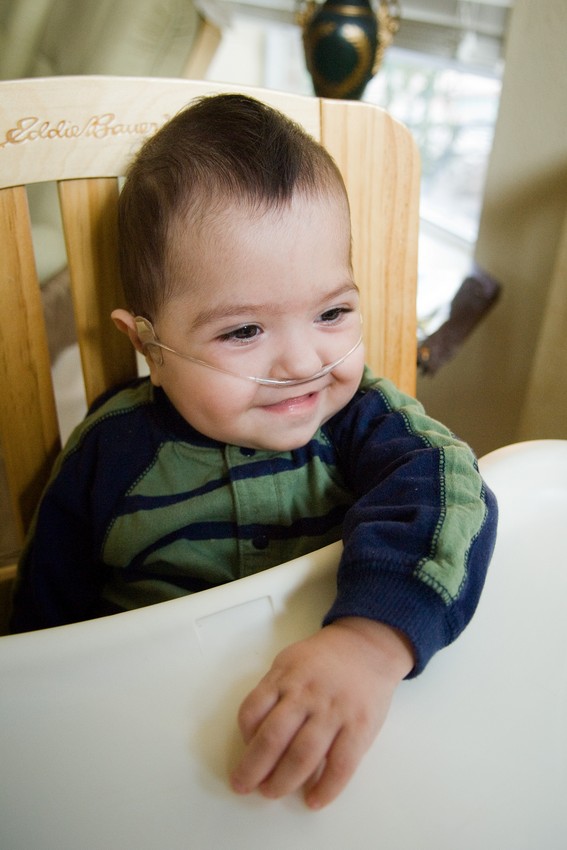 Aiden is so laid back 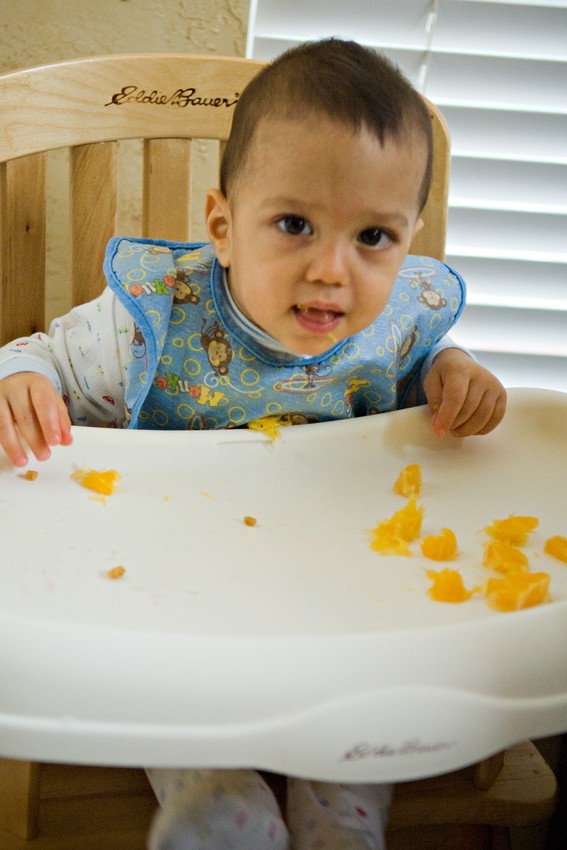 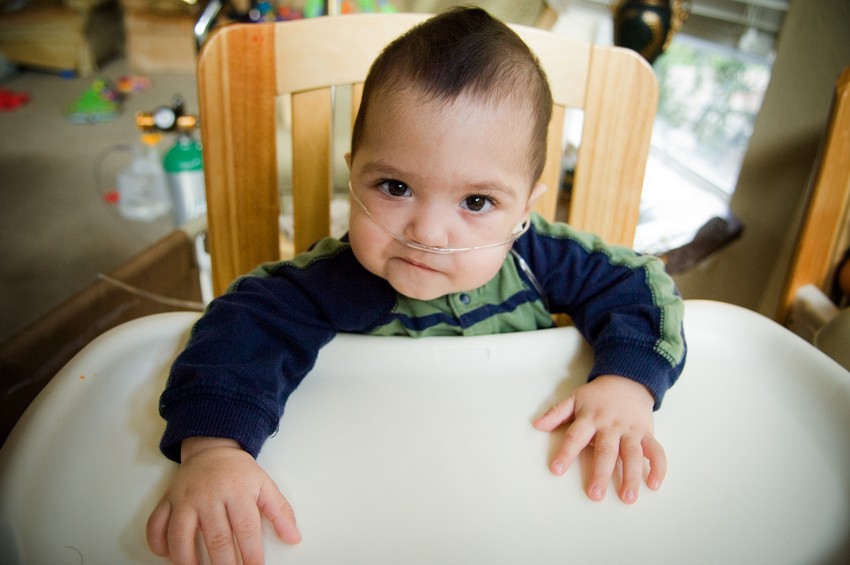 Aiden, you want some?

One Response to “Early October 08”