It’s been a little while since we last updated the blog, and as you can imagine, a lot has happened in the last ten days! All three babies are growing so fast and doing well, and we know that is the power of prayer. Thank you for continuing to keep them in your prayers.

As of last night, Aiden has just reached and passed the 4 lb. mark, all in one night. He now weighs 4 lbs., 1.9 ozs (he actually gained 5 ozs. in one day!). This is very good news because the growth and increased weight will definitely help his body heal faster and help his lungs to function better. Evan is still in the lead — he also gained 5 ozs. in one day — and is up to 5 lbs., 13 ozs!! Ethan is still growing steadily at 5 lbs., 2 ozs.

Aiden has been intubated on the ventilator since our last update and they had started to wean him in very tiny increments over the last couple of days; however, late last night he decided that he was tired of waiting and extubated himself by pulling out the tube that was down his throat. Rather then put him through the trauma of re-intubating him, they decided to put him on a nasal prong ventilator and see if he was able to do more of the work on his own. His last brain scan still showed a Grade 2 bleed (it has not yet resolved), but it was not any larger, which is a huge answer to prayer. They will do a followup scan in early November. He does have a couple of small hernias which will likely require some surgery in a couple of months (apparently this is fairly common in preemies).

Ethan and Evan are doing great. They are getting so big! They are both now in open cribs, since they are able to hold their body tempatures. The doctors have started to wean them off the nasal canula and they have just started feeding by mouth twice a day (rather than through their g-tubes). Once they are taking all feeds by mouth, are no longer requiring any oxygen, and are not having any more bradycardia episodes, they should be able to come home (most likely sometime in the next several weeks).

Characters…these boys are definitely characters and their personalities are beginning to show. Manish has come up with nicknames for each one of our boys.

Aiden is the “Little Engine That Could” because he keeps showing he “can” just when it seems like he can’t anymore.

Evan is “Teddy Bear” because he is so big and when you hold him, he just melts into you (and if he keeps growing as fast as he has been, pretty soon I’ll be his teddy bear!)

Ethan is “The Little General” because he quietly and steadily goes about his business but is very strong willed — he knows his own mind and and knows when to step in and ‘take the lead.’

Below are a couple of recent pictures taken this weekend. To view more images, click here 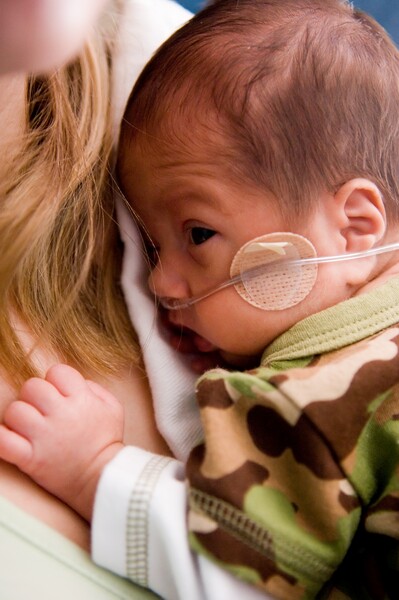 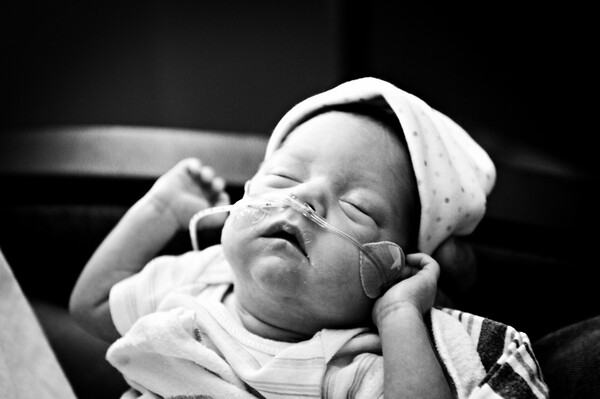 For Ethan, growing and feeding is tiring work for such a little guy 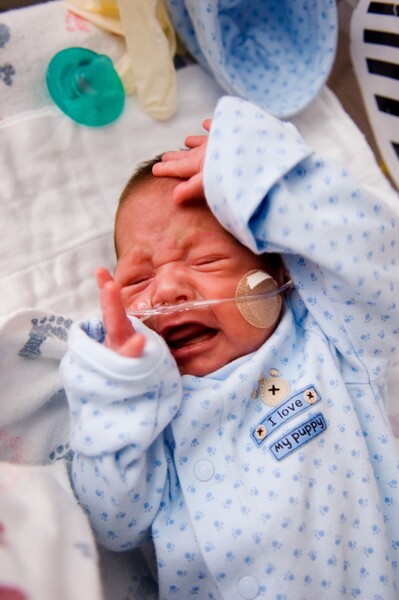 Evan may love his puppy, but doesn’t like having gas 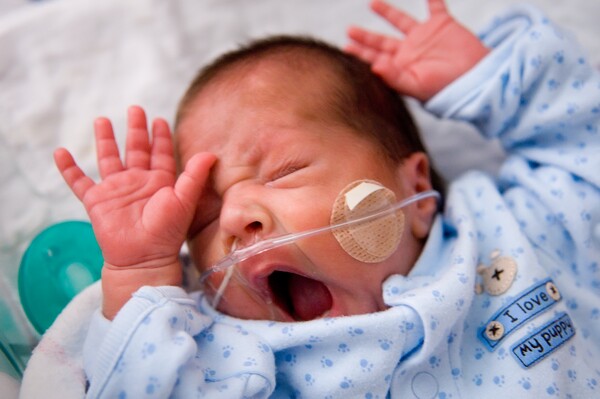 Evan lets out a big Yaaaaaaaawnn… 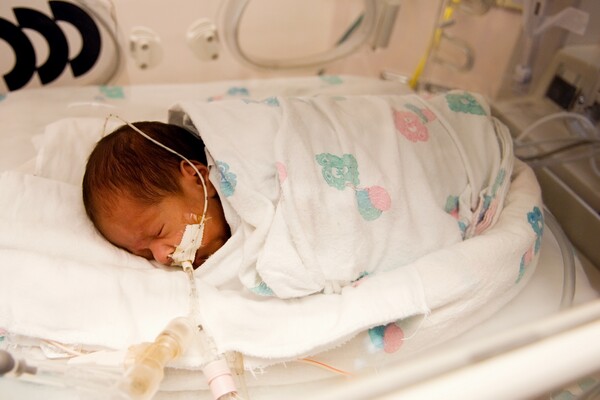 The little engine has parked for the night