Ethan and Evan are both home now! Ethan came home last Tuesday on oxygen and some meds, but he is doing well and we are going to try slowly weaning him from the oxygen later this week. (See new pictures and video clip below.) We are so glad to have them both home, but it has become very difficult to get into the hospital in Dallas to see Aiden, not to mention the basics like…sleep, which is at a premium! They are both the size of little new borns now — Ethan was up to 6 lbs., 14 ozs. as of last week, and Evan is nearly 8 lbs. Even Aiden has somehow more than doubled his birth weight: despite all of the difficulties he has experienced, he is up to 4 lbs., 15 ozs. They are all smiling now on a regular basis and Evan is even laughing.

The twins seem to have this language between each other which they start saying just before feeding time. Evan started it when he first got here and Ethan soon picked up on it. They are “I-O, I-O, I-O” and keep repeating it. In the video below, it happens with both of them at the end of the video; it is very loud and pronounced and they do it over and over until they get their food. We recently gave Evan a new nickname “E-Monster,” because he has grown so fast and is taking over.

Please continue to pray for Aiden. He was doing relatively well last week and they moved him back over to the South Side of the NICU, with the Feeders & Growers, finally increased him to full feeds and started having him try one feeding a day by mouth. This Saturday, however, he gave us another scare when the hernia becoming incarcerated again. Fortunately, we caught it early on, before it became as bad as last time, but of course they had to stop feeding him. They plan to do surgery early this week, probably tomorrow (Tuesday). We will know more in the morning. Please pray that God will guide the surgeon’s hands and give the doctors wisdom and give him the right nurses and doctors to care for him.

Also, below are some new pictures of the babies and a short video clip as well. 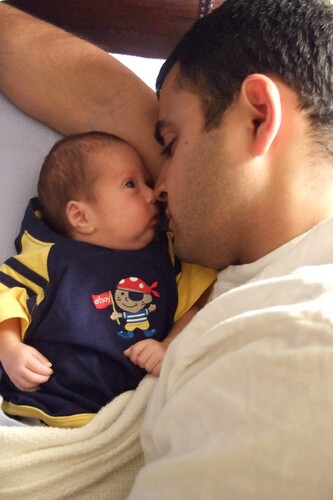 Evan and daddy spend some time together 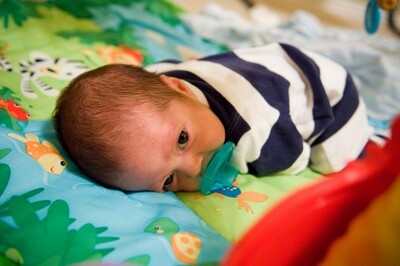 Evan at home and in his “going-home” outfit

Little Aiden has grown so much! 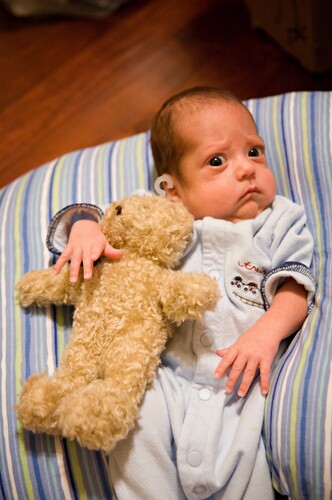 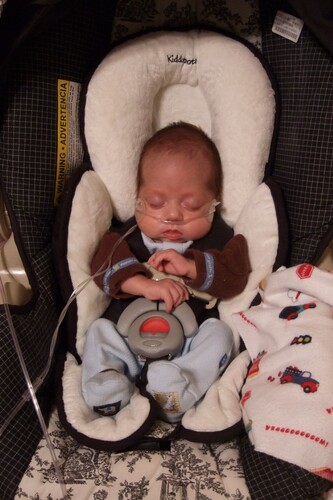 Ethan getting ready to come home 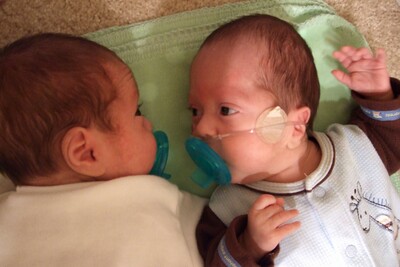 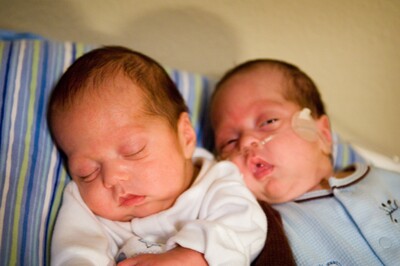 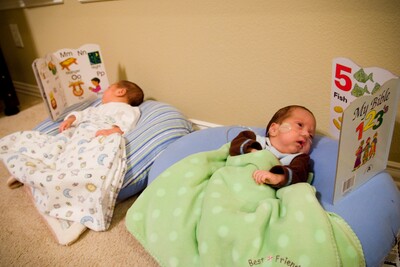 Already reading at such a young age! 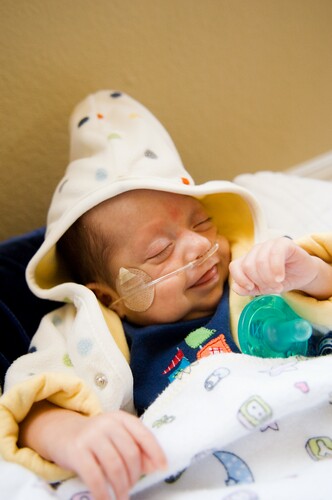 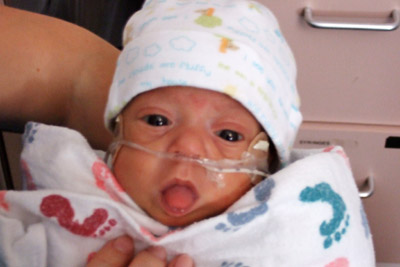 Aiden sticks his tongue out 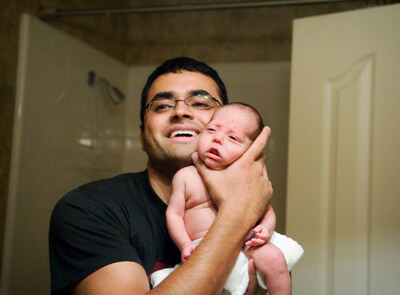 Dad getting Evan ready for his first real bath 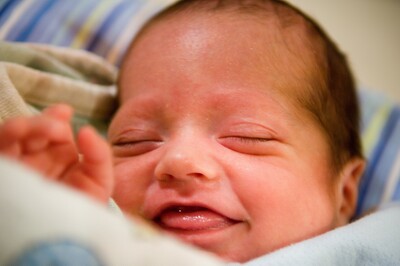 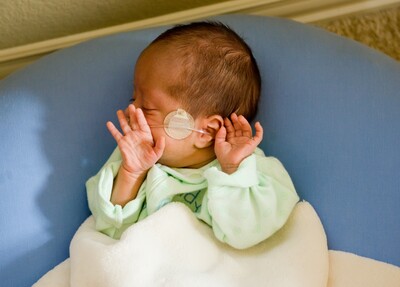 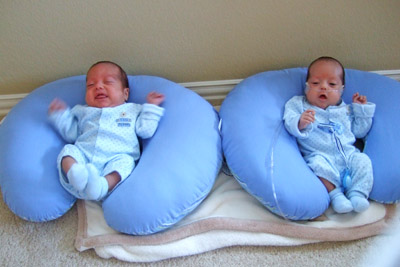 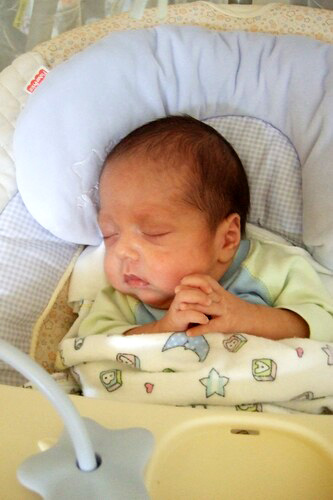 Evan says a prayer before bedtime

Evan came home this past Saturday. One down, two to go. I have to say, if having one is this much work, we can not even imagine how much it will be when all three are here!

Some updates:
- Ethan is doing well and is ready to come home very soon. The only thing keeping him is he still required very small amount of oxygen to help him breathe. The hospital is under pressure from the insurance company to send him home an on oxygen tank. If it was just one child it would be on thing. But trying to manage Ethan on an oxygen tank with Evan already home and visiting Aiden in the hospital every day is a daunting task. Please pray that Ethan’s lungs would get strong enough and he could be weaned off any oxygen needs.

- Aiden is doing much better. His feedings have increased and he seems to be much happier. He is not doing too well with bottle feeding as he got a late start due to all his issues. Additionally, he did not have any bowel movements for nearly three days and they had to give him an enema to make him stool. Please pray that nothing is wrong with his intestines, etc. and that he starts bottle feeding as well.

We will try to get home pictures and video updates. Things have been so busy that we have just not had any time to do so. Hopefully, we will catch a break and get some updates.